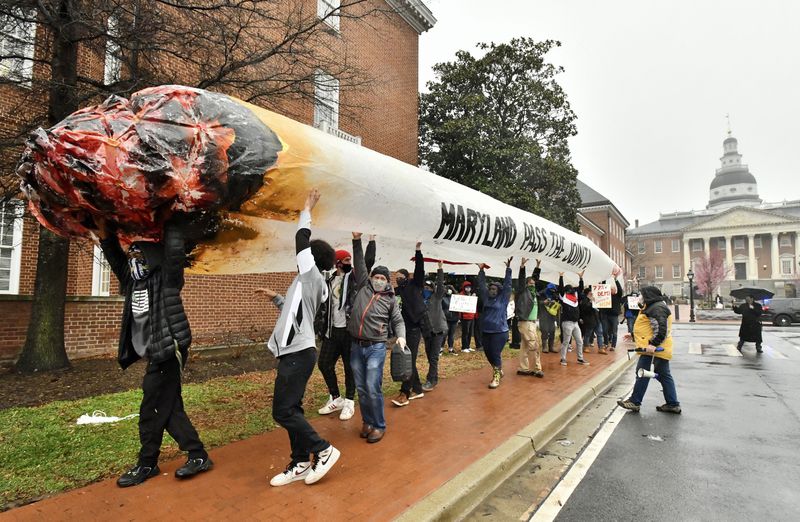 I recently saw an article that Toi Hutchinson was recently appointed CEO of the Maryland Marijuana Policy Project. She is a former Illinois state senator. Recently reported by the Marijuana Moment.

Congratulations to Toi Hutchinson but that is not the point of this article It’s about the Maryland Marijuana Policy Project. Maryland Matters just published an article by her sister wastes no time getting to work, about how Maryland voters support recreational cannabis. “Marylanders have long supported moving forward with cannabis legalization, with more than two-thirds of residents in support, according to a 2021 Goucher poll. It is long past time for Maryland to join the 18 states and Washington, D.C. That have legalized cannabis for adults” according to Hutchinson.

Hutchinson goes on to posit “Under the current house proposals, adults would not be able to legally possess cannabis until July 2023. This delay would mean thousands of locals — unreasonable Black Marylanders — would continue to be subjected to police interactions, citations and arrests for cannabis for eight months after voters adopt legalization. If voters opt to legalize cannabis in Maryland, cannabis needs to become legal without delay.” I agree with and am all for these measures.

I am also aware of the day to day reality. Cannabis is decriminalize in Maryland. While Hutchinson’s talking points are striking, cannabis procurement has options in Maryland. Do not procure it in Maryland.

While that obviously is not what Maryland lawmakers and revenue counters have in mind there is a glaring reality…Initiative 71 in Washington DC has eliminated potential headaches for many. Maryland decriminalized cannabis but that changes nothing really for getting it.

In Washington DC one can receive a “Gift” of cannabis for your subscription to a service like the Select Co-op delivery dispensary. In Washington DC it is legal to gift up two two ounces of flowers and transport cannabis. I have been using them for years living in Largo Maryland. I dip in the city then dip right out for their discrete and professional service.