“A key Maryland House committee on Friday approved a pair of bills to put a marijuana legalization referendum on the November ballot and begin setting up details for the program if voters approve” as reported by the Marijuana Moment. The vote will first simply ask for an amendment to legalize cannabis. Then lawmaker’s would be directed to set laws to “provide for the use, distribution, regulation, and taxation of cannabis within the state.

Currently cannabis is “decriminalized” in the state of Maryland. That simply means that a police officer may simply write a ticket, and/or arrest one for cannabis and have the courts sort it out later. The latter has happened more often than folks would like to acknowledge as reported previously by the Marijuana Moment.

According to the Marijuana Moment, “Several amendments to that bill were adopted by the panel on Thursday and Friday, including allowing adults 21 and older to grow up to two plants for personal use, gift cannabis to other adults and reduce the time before a person with a marijuana conviction is eligible for automatic expungement from four to three years.” It is about time Maryland gets on board! However, what about the meantime?

In the meantime I am thankful for Initiative 71. In the District of Columbia Initiative 71 allows for the gifting of cannabis. One can transport up to 2 ounces of flowers. This allows for one to deliver your gift to you within Washington DC city limits.

I have been using Select Co-op for years now. I subscribe to their list of “dibs” or premier strains. This allows me access to the best strains as soon as they hit the local market.

With my subscription to Select Co-op I order my “gift” flowers whenever I want them. I strongly suggest you give them a call. It makes cannabis delivery in DC a piece of cake. Fyi, you cannot have a storefront to sell weed in DC those are not compliant with Initiative 71. Nobody can deliver cannabis in Virginia or Maryland and anyone doing so is breaking the law. I appreciate Initiative 71 as I have a totally legal way to secure my cannabis needs.

CLE Event: To Be Blunt, Can I Be A Cannabis Lawyer In Utah? 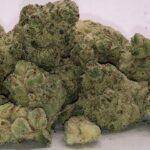 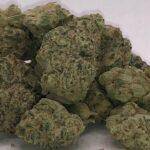