Election Day is on the horizon, and once again, cannabis is on the ballot. 2016 was marked, by a green wave, when cannabis-friendly measures were voted into law in eight of nine states where marijuana was on the ballot. Once again, we anticipate another big win this November.

This year, voters in five states will decide on the legalization of medical and, or recreational cannabis. In some states, both options are on the ballot.nCurrently, 33 states have legalized cannabis for medical use, and 11 states have legalized cannabis for recreational use. Should more states join this list, this will have a significant impact on the growth of the cannabis industry, especially for the big brands and investors betting on the industry.

Here’s a rundown of what’s at stake in the 5 states where marijuana is on the ballot.

The 2016 measure to clear marijuana for recreational use was narrowly defeated by a mere 51.3% of the voters. This hotly contested bill found the support of advocates like Dr. Bronner’s soap, and opposition from opponents like the billionaire Sheldon Adelson and pharmaceutical company Insys. The passage of Proposition 207 continues to face an uphill battle this time around. While the industry has matured, and several local cannabis retailers and producers are invested in its ratification, there is strong opposition from Arizona’s governor and Chamber of Commerce.

There are slight differences in the 2020 proposition vs. the 2016 version. It would allow adults to possess up to one ounce of cannabis. However, this time around, it includes criminal justice provisions that would provide for the expungement of marijuana arrests. Arizona’s marijuana business, if expanded to include recreational sales, is anticipated to exceed $700 million by 2024.

In 2017 New Jersey Governor Phil Murphy campaigned on the promise to legalize cannabis. His reasons included a revenue projection of $300 million and social justice current drug laws have disproportionately criminalized people of color. However, he’s had difficulty achieving reform via the legislature. Public Question 1. Puts cannabis on the ballot for this election. Voters will be able to legalize cannabis for adults 21 and older, and it would be regulated by the same agencies that monitor medical marijuana usage in the state. Legal cannabis in New Jersey is estimated to generate $850 million in annual sales by 2024. Even more importantly, the legalization of recreational cannabis in the state of New Jersey could serve as an accelerant for legalization in the neighboring States of New York and Pennsylvania.

Currently, there are two measures on the Mississippi ballots around the legalization of medical marijuana. The broader, more far-reaching Initiative 65 is the result of a citizen petition. It would enable physicians to recommend marijuana for some 22 qualifying conditions including; cancer, multiple sclerosis, and post-traumatic stress disorder. Also, the bill would create a structure for the legal marijuana business. It legalizes production and sales within the state and sets the tax rate at 7%. The competing bill, Initiative 65A, requires that marijuana sold in the state be of medical quality and only legalizes the smoking of marijuana for those who are terminally ill. It leaves the framework for legalization up to the state legislature. Medical marijuana sales in the state of Mississippi are anticipated to exceed $750 million by 2024.

Montana voters also have two marijuana initiatives on their ballots. The first initiative I-190 would allow adults to purchase marijuana for recreational use. While a separate initiative CI 118 establishes 21 as the legal age for purchase of recreational marijuana.

Montana seeks to tax recreational cannabis at 20% with more than half of the tax going into the state general fund. The rest would be allocated towards programs like veteran’s services, enforcement, and substance abuse. The legalization of recreational marijuana would allow for people currently serving sentences for certain marijuana-related charges to apply for re-sentencing and for their records to be expunged. The legalization of recreational marijuana in Montana is anticipated to generate $193 million in sales and over $38 million in tax revenue by 2025. 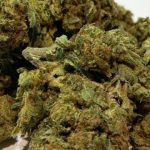 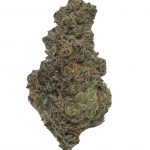