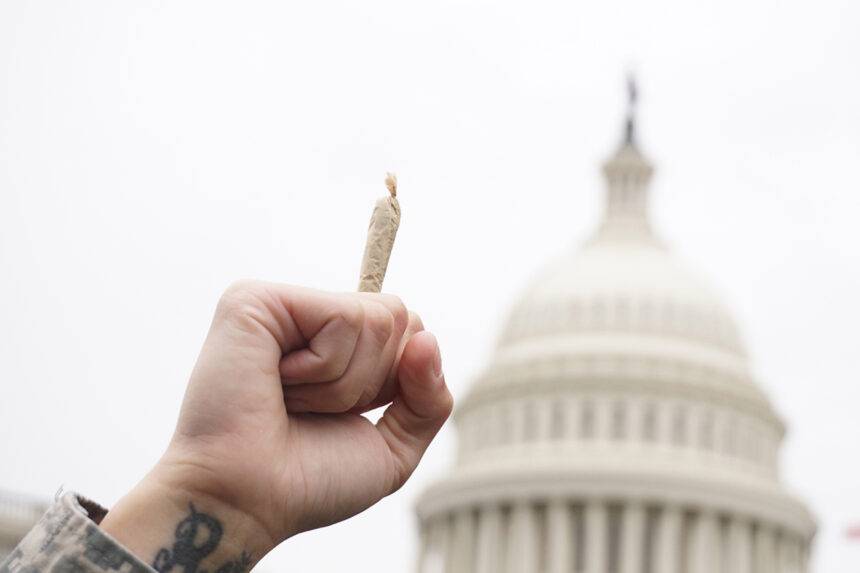 This guide will give you the low down on everything you need to know about marijuana laws in the DMV. Read on to learn more about Washington DC, Maryland and Virginia cannabis laws here, and what people in DMV think about weed.

Many states in the US, marijuana is completely legal to use. There’s some cases, it’s only when allowed, for medicinal purposes, and in other cases, it’s ok to use for recreational purposes as well.

Back in 1996, California became the first state to opt to legalize cannabis. At the time for medical use only, with many other states following suit over the years. Today, there are 18 states that allow the recreational use of cannabis. On a federal level, however, marijuana still remains illegal.

As you probably are aware, Washington DC doesn’t belong to any state and is in fact its own district. Considering all of the above, how does this factor into its marijuana laws?

Marijuana Laws In The DMV

What Are The Marijuana Laws In Washington DC

In 2014, residents of DC voted on a ballot to legalize the medical use, recreational use, and possession of marijuana. Of course, this applies only to people over the age of 21. However, it is not legal to buy or sell marijuana, and this complicates things slightly.

The District of Columbia has respected folks’ private activity with cannabis. The provision to transport cannabis has allowed more than a few delivery services to operate. I am thankful for my subscription to Select Co-op.

Vendors have taken advantage of loopholes in Washington DC marijuana laws to be able to exchange weed for money. Marijuana is often given out as a “free gift” or donation with the purchase of another item. Purchase such as a t-shirt or a sticker. Money can not be be exchanged for marijuana, so the transaction remains above board.

If you are in the DC city limits and see store fronts advertising cannabis. Those are the “quasi” legal entities.  To be more succinct, they are not legal; meaning they are not Initiative 71 compliant.

To make things even more confusing, since the use of marijuana is illegal on a federal level, and the federal government controls about 29% of the District’s total land area, those who want to use marijuana in DC need to be careful where they do so.

When it comes to how much marijuana a person can have, there are limitations. With an official rule of the marijuana law is a person must be the age of 21 years older. That person can have 2 ounces on their person at any given time. If found with more marijuana than 2 ounces raises the chance of being arrested. Marijuana-related arrests have decreased.

Is Marijuana Legal In Maryland? What are the rules?

Decriminalization is not the same as legalization. In Maryland there is little to no penalty for being caught with personal amounts. However, according to NORML, one can receive years of jail time for being arrested with possession with the intent to distribute. The police can say that anything over 10g of cannabis and less than 50 pounds in Maryland is a felony to distribute with up to 5 years imprisonment.

Just last week I was reading how the state of Maryland laws has lawmakers pushing for changes in statutes as well as the need for expedited release for cannabis offenders. Reported by the Washington Post. The push was highlighting the hypocrisy in opening up avenues for business investments while people are still behind bars.

Recently Maryland legislators considered, and still are, a bill entitled SB0420. This law would serve to repeal the prohibition against “paraphernalia” to inject, ingest, inhale, or otherwise introduce into the human body a controlled dangerous substance.  Maryland General Assembly’s website has further details.

My friends, Maryland has made it clear they want their cut of any cannabis being sold; hence the medical dispensaries. Virginia will have infrastructure by 2024, but in the meantime has strict laws against folks trying to gift like the DC culture. What is your recourse then? Enjoy the benefits of Initiative 71 in DC and enjoy the convenience of a cannabis delivery service. 420 safely my friends!

Public health officials are urging for the repeal of this bill, the Marijuana Moment reports. I was not aware such a measure was on the books in Maryland. I live in Maryland. Paraphernalia is a word that is vague and can be applied to too many things.

The above writer’s focus is something I often do not think about. How people’s ability to in-adequately cope with mental illness via narcotics is demonized and criminalized. However, this criminalization also extends to people simply doing things within their rights.
Maryland Decriminalized Cannabis. You can be arrested for having a cannabis pipe. A police officer can say you were smoking something other than cannabis with it. Maryland laws in DC consistently shows its tendency to focus on the business of cannabis while leaving people still subject to the whims of arrests and criminal cases. I procure my cannabis needs from a delivery dispensary in Washington DC taking advantage of Initiative 71. I appreciate Select Co-op dispensary and am careful dealing in Maryland!

No Selling Weed in Virginia!

Is cannabis Legal In Virginia Now? I can drive with it in DC, get two ounces, and receive it as a gift. Then drive back home safely. Ok Got it.

As The Virginia Mercury reports, lawmakers emphasized people may only provide “gifts” to friends and associates. “Lawmakers stressed that when they say gifts, they really mean gifts. The bill attempts to explicitly prohibit the kind of transactions that have become common in Washington, DC.” I am thankful that DC allows such gifting as the past few years have allowed access to amazing strains and quality.

I live in Virginia and do not live close to Washington DC. We have a network of folks that have had it in my area and been blazing this whole time. We have always just smoked whatever was around. Cannabis Is Legal In Virginia Now! A ounce is not enough to worry me. Considering a possession of (an ounce). I have been driving into Washington DC to grab weed. So what are the marijuana laws in the dmv?

A virginia resident recently reported, “living in Fairfax County, Virginia. Even if Virginia opens up medical dispensaries in 2023 for everyone’s use I would have to drive hours south for questionable prices and have to take whatever they have. I do, and will continue to take advantage of Initiative 71 in Washington DC. I have been using Select Co-op for a couple of years now and have subscribe to their website. Initiative-71 allows for them to transport cannabis anywhere in the Washington DC city limits. I meet my driver in DC and receive my cannabis gift discreetly and drive safely back to Virginia!

TAGGED: How To Get Weed In DC, I71, Initiative 71, Marijuana Delivery, Marijuana laws in dc 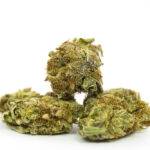 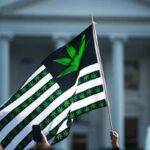