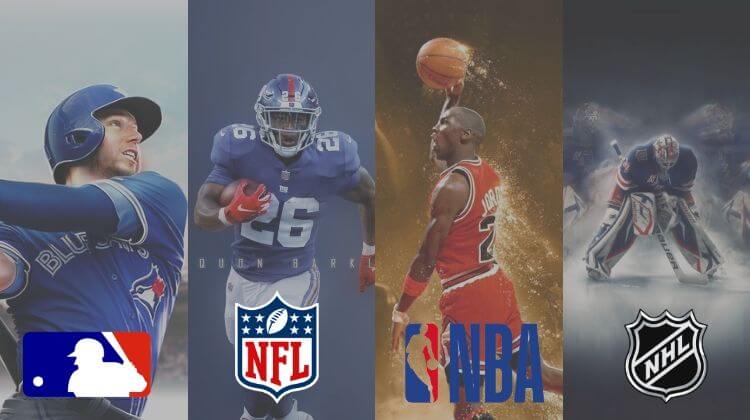 Finally, we get to touch on two of the most arguably interesting and ever-changing topics ever, weed and sports. The progressively complicated relationship between the two have recently become a popular household conversation-starter when in a room with the right people. With the MLB recently removing marijuana from its list of drug abuse, in addition to 82% percent of the NBA’s teams being located in states where purchasing the plant is legal. Meanwhile, the NFL is discussing a possible owners agreement. The major leagues across all sports are bound to adapt to the changes occurring around them. The only question is exactly who is really making changes and who’s putting the media on a wild goose chase?

WHAT CHANGES ARE BEING MADE?

As some may know, in recent December the MLB stopped testing players for marijuana while simultaneously beginning to test for opioid abuse. A catalyst to the recent change sparked when late pitcher Tyler Skaggs was found to have traces of opioids in his system when he passed. Despite the abrupt lock down on opioids, Marijuana related conduct in the MLB will now be treated the same as alcohol related conduct, meaning that players will no longer be tested for the herb. It was reported that Kansas City Royals team physician feels that the removal will hold players more accountable, however, education on the flower could play a big factor towards benefiting the athletes as well. Due to this perspective being shared among the entire League, team staff along with players will have to attend mandatory educational programs in 2020 and 2021 in regards to practical marijuana use. In spite of the new policy, most fans believe that it’s a good thing in terms of players’ physical safety and mental health. Meanwhile others are accompanied by doubts.

Ok so as of right now the NFL is working to change its policy on marijuana by proposing a owners agreement, but currently they aren’t having any tolerance for the plant. Even testing  positive of marijuana today in the NFL can get you locked in with about 10 to 15 random tests throughout the year. The owners agreement is an agreement across NFL owners that players would no longer receive suspensions due to positive marijuana testing. It also includes parts suggesting that the current 4 month testing window be reduced to two weeks.

Recently, many former NFL players have opened up about their experiences with marijuana before, during, and even after their career. It was discussed amongst former players in a recent bleacher report interview that the magical herb allowed them to ‘rejuvenate’ and ‘relax’ during the rough times in their careers. Later in the same interview, it was expressed by former 9 year NFL veteran Shaun Smith that when offered traditional painkillers he would quickly reject, mindful of side effects and would rather prefer cannabis. He also expressed how playing while under the influence of marijuana enhanced his performance on the field. Six year NFL veteran Bo Scaife believes that marijuana “is a medicine”, and that “it’s a healing medicine”. Some former and current players have even reported their own trainers either used or suggested them to use marijuana in regards to pain management. Guess it’s safe to say that the NFL is trying to improve its policy.

Now when it comes to the NBA, it’s kind of hard to ignore cannabis when 82% of the teams play in areas where you can legally buy pot, like really?!? It was expressed by 16 year vet Al harrington that he believes weed is the “most dynamic plant on earth”, and a lot of former veterans along with myself I agree. With that being said the NBA is pretty lenient when it comes to the herb. With no off-season tests during the regular season, it is safe to say the NBA isn’t scared to turn a blind eye. Recently, NBA superstar and arguably one of the greatest scorers of all-time Kevin Durant had expressed his perspective on the plant. It was reported that Durant compared cannabis to wine and suggested that it should be legal in the NBA. Currently, multiple positive tests on marijuana in the NBA will cost you a couple thousand dollars and even a handful of games. However they are considering making changes to the current policy.

Ok so even after all of this, the NFL and its owners agreements, the NBA and its outspoken players, I think we can conclude as a collective that the MLB is far ahead in this race. But it is a good sight to see all the major league sports make an effort to adapt to the new accepting age of marijuana. Being a black belt in addition to my personal experience with football on multiple levels I can truly say that the herb does suppress that natural fatigue feeling when in use during performance.  I can also conclude that among all sports it is agreed that cannabis is for those who have and acquired taste for it. So finally if you’re an aspiring professional athlete or even someone who just loves to work out and you’re looking into cannabis, you are in the right place.

The Best Munchies To Enjoy While Stoned