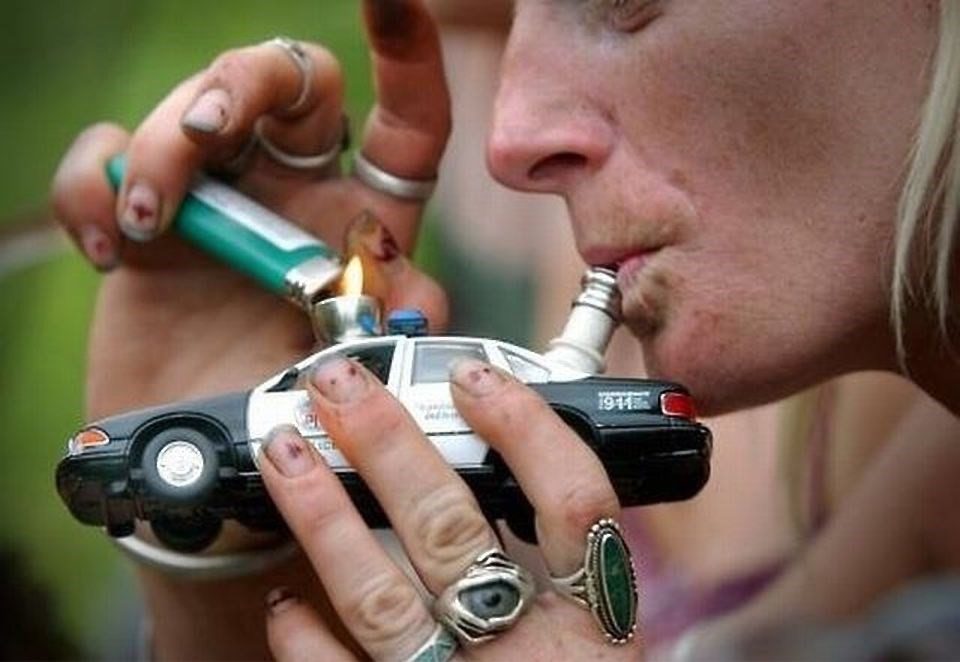 If there’s one thing you need to be versed in, it’s not killing the vibe. Whether you just discovered your favorite strain of kush or you’ve got your assortment organized seasonally and by mood, this is one of the most important aspects weed etiquette. Cannabis is inherently social, and nothing ruins the night like thoughtlessly hogging the stash. Read on for some of the most common faux pas, and if you see something you have done in the past, or something you frequently do, for the love of all that is good, please stop.

Rule # 1: The Roller goes first. Rolling a tight, yet satisfying joint that is packed with perfectly ground leaves is a special kind of artform. It can take months to perfect your technique and get just the right flower to paper ratio. If you’re the person who snatches a perfectly prepared jay out of the roller’s hand, please stop doing this. You’re killing the vibes. Your friends have noticed this. They probably talk about it when you’re not around. Even if you put in on the flower, at least let the roller get things started before you go barreling in. Oh!

Rule # 2: Puff Puff Pass is a saying for a reason. If you’re smoking in a group, there’s always one person who hogs the jay. She might hold on to it, puff a few times, keep holding it while she talks, then puff again a few times before handing it out. If this is you, here’s your sign to stop it. Never take more than two puffs of a joint before passing it to someone else. It always comes back around, and we’re all about sharing the love and the high over here. If you smoke like it’s going out of style, don’t be surprised if you’re not invited to the next smoke sesh. Also if, at the very least, they don’t invite you until after everyone has already gotten sky high. Oh, and when it’s your chance to smoke, take a break from the conversation. Don’t bogart the blunt and the conversation. It’s weird.

Rule #3: If you’re sick, stay away. No one wants to smoke after you if you’ve been hacking and coughing all day. Killing bacteria and viruses is more of alcohol’s thing. If you’re feeling off, pass, and don’t puff. Get on munchie duty, man the playlist, just don’t be the sickie siphoning off the smoke. You could also just stay home. No one wants to catch your cold, because you needed to hotbox. This one should go without saying, honestly.

Rule #4: If you bought the weed, you’re the quality control person. Mix the seeds and stems. They pop and spark when you burn them. They taste horrible. It’s likely that no one wants them but you, and on that note, tell the people what you’re smoking. Everyone handles their shit differently. There are probably different levels of tolerance in the group, so if you prefer 30% THC plus crystals in your blunt, you’ll probably have the poor first timer couch locked for the rest of the weekend. Don’t pressure people if they aren’t into it for whatever reason. If you’re the host, you should want to avoid having bad trips on your watch. Don’t let shit get weird in a bad way. Manage the process, my guy.

Rule #5: Don’t be a cheap bastard. Cannabis is communal, and that includes financially. It’s not absolutely necessary, but this one will absolve you of some of the previous sins. The Looniz wrote “I Got Five On It”, for just this reason. There’s always someone who never has it, and doesn’t want to contribute in any way. It’s a vibe killer. Ok, sometimes funds come up short, so if you don’t have money for evening’s festivities, bring some munchies, rolling papers, drinks, a great bong, make the playlist, or whatever. The point is really just to add to the vibes.

Armed with these rules, you should be prepared for a situation that may arise. Whatever you do, just make sure to kick back and make it fun and easy. Just don’t kill the vibes.