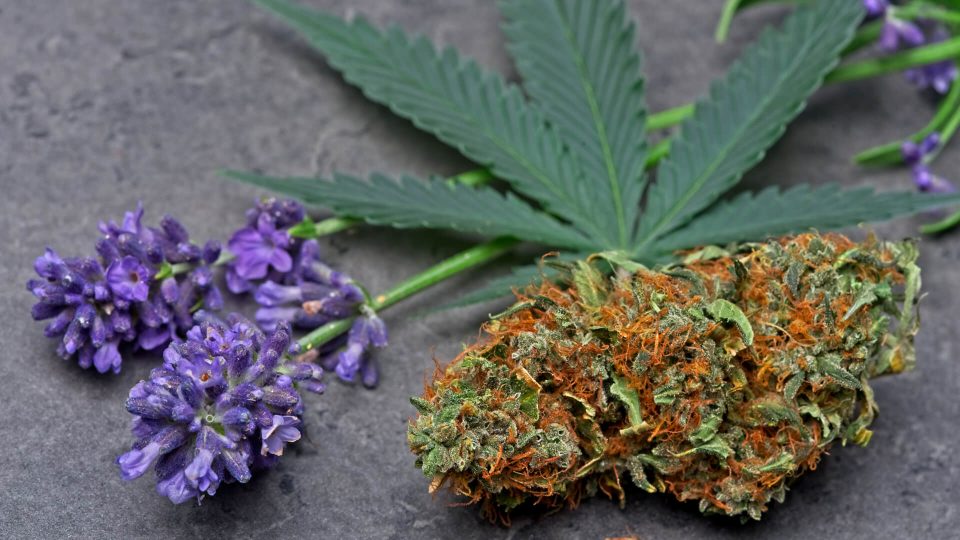 Cannabis is full of aromatic compounds called terpenes, which are increasingly appreciated and coveted among cannaseurs. Information about terpenes isn’t widely known because they fall into a different class than cannabinoids like THC and CBD, which are well known to cannabis lovers. However, increased research now indicates that terpenes directly affect brain processing by modulating the behavior of the brain cells, a finding that has revealed greater potential for many terpenes. More insights will be uncovered as additional research funded. One of the exciting terpenes is linalool, which is exciting cannabis lovers for its emerging therapeutic benefits. Read on for more information about linalool and what it does.

If the word linalool sounds familiar, that’s probably because it’s similar to lavender. Linalool is an extremely pleasant smelling terpene that is also found in lavender flower, birch bark, spices, and some fungi. It’s a frequent ingredient in candles, oils, cleaning products and even pesticides. It’s extremely popular on the mass market: up to 80% of shampoos, soaps, and detergent may contain linalool. But linalool does more than simply smell good. The terpene is known for its stress-relieving, anti-inflammatory, antimicrobial, and sedative properties. And what’s more, terpenes are thought to enhance the entourage effect, the synergy between terpenes and cannabinoids in the body. This means they could have a hand in directly impacting brain function, rather than just improving mood through scent.

Linalool’s characteristic lavender scent isn’t specific to cannabis, or even lavender flowers. It’s common to over 200 species of plants. If you regularly  mint, basil, or oregano to your dinner, you’ve already consumed a substantial amount of linalool. In fact, the average non cannabis consumer will ingest over two grams of the terpene per year through food alone. There’s little to be concerned about regarding negative effects. The terpene doesn’t stick around in your body for long and doesn’t accumulate like the cannabinoids that get stored in fatty tissues in the body and brain.

Linalool is a natural sedative, that has long been used to treat many medical conditions. including anxiety and depression and stress. In numerous studies, mice have shown lowered levels of anxious behaviors when exposed to linalool, and has been shown to activate the body’s parasympathetic response, which slows the heart rate, conserves energy, and regulates stress levels. The terpene also has potential to treat chronic disease: it has been shown to block receptors for glutamine, which in excess can cause epilepsy, and shows promise as a treatment (not a cure) for Alzheimer’s. Studies show that linalool can reduce the plaques responsible for brain degeneration. It is also thought to address physical and mental pain. It has analgesic properties, and reduces pain by targeting the brain chemical responsible for muscle movement, reducing the spinal cord cells that transmit pain signals to the brain, and increasing the brain’s levels of adenosine, which controls heart rate. It is even thought to make recovery from opioid addiction easier.

If you’re looking for a cannabis strain that’s high in linalool, just sniff your favorite strain. It will have the telltale scent of floral or lavender notes. There are a number of cannabis strains with a high concentration of linalool, including LA Confidential, Lavender, Amnesia Haze, and Granddaddy Purple. Just the smell of it calms the body and mind, but smoking provides the fastest relief. Don’t be afraid to add linalool laden tinctures to tea, or try linalool laced topicals to soothe irritation and relax muscles.