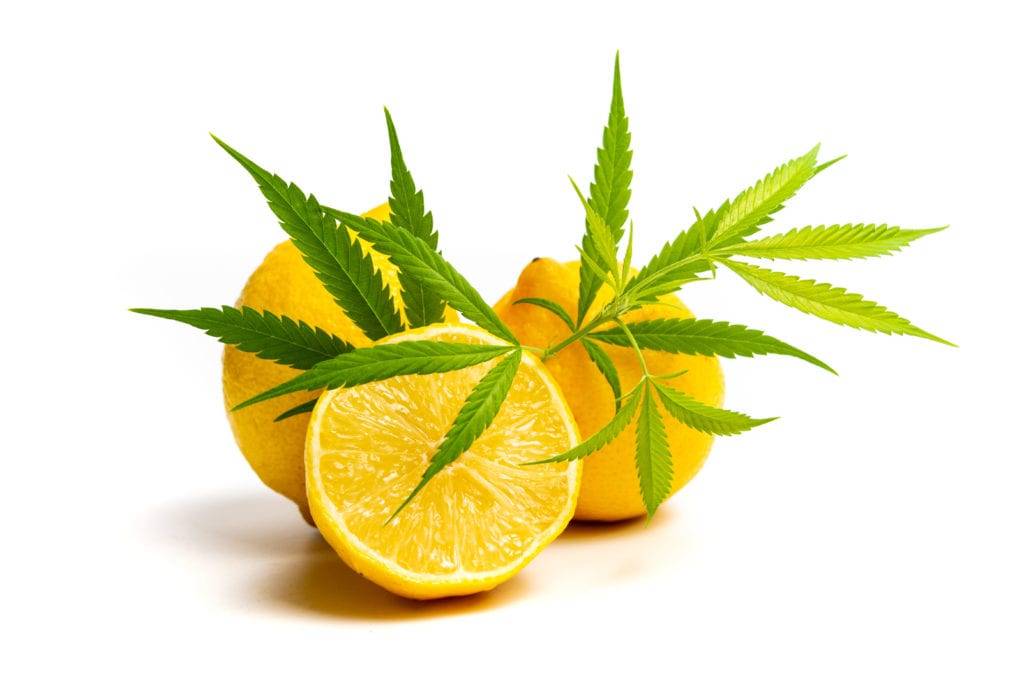 My favorite part of cleaning is the lemony scent my favorite products leave behind, but did you know that the same terpene that makes your house smell like a fruit stand is also one of the most popular in cannabis? If you’ve ever tried a strain that reminded you of grapefruit or lemon, or had yellow tips, then you’re familiar with limonene. It’s the second most common terpene in nature and, along with myrcene, one of the most commonly occurring terpenes in cannabis. Terpenes are fragrant oils that are secreted from cannabis strains, and citrus is known to elevate mood and lift spirits, which is probably why limonene, the citrusy aromatic that smells of lemon and orange, is on the most wanted list. The pleasing citrus scent is produced in the flower’s resin glands and is commonly used industrially to scent candles, cleaning products, and perfume, but it’s also common in medicine and has been used as an ingredient in medical tonics and treatments for centuries.

Limonene is formed during the growth process from geranyl pyrophosphate, the precursor to cannabinoids. Once it’s produced, it can either remain as limonene or convert to the other cannabis terpenes. It is present in trace amounts, generally less than 2%, while THC, the element that gets you high, makes up 10%-30% of a flower’s dry weight in most strains. There are plenty of reasons to seek out limonene strains. They are known to have anti-anxiety, antioxidant, and antibacterial properties, and promising implications for cancer treatment. In several small studies, it was found to reduce anxiety in lab mice, and also to reduce obsessive compulsive disorder like behavior. Despite these findings, little is known about what effect limonene has on the body and brain, and exactly how to achieve those benefits, but it does seem that high doses are needed to be effective.

From the studies that have occurred to date, high doses of limonene have shown potential for treating both internal and external conditions. It has shown to elevate mood and relieve stress, but also to treat heartburn and gastric reflux. Studies also indicate that it has anti-fungal and antibacterial properties (which is why it’s so prominent in cleaning products). It is also thought to improve absorption of other terpenes into the skin, digestive tract, and mucous membranes. It also shows promise for cancer treatment, due to its anti-tumor effects. Limonene was shown to limit the growth of skin and mammary tumors in lab mice. The studies were followed up by a phase 1 clinical trial in humans, and it was found that limonene was at least somewhat effective in suppressing and reducing the spread of breast cancer for nearly a year. Later studies found that daily limonene supplementation for 2-6 weeks suppresses a protein that promotes breast cancer tumor growth.

Studies show that high doses of limonene are needed to be effective, and quantities are needed beyond what may be present in cannabis alone, and there is no evidence to ultimately conclude that cannabis that is high in limonene is effective as cancer treatment. There is much more to learn about terpenes and their effects. Inhalation increases serotonin and dopamine levels in key regions of the brain associated with anxiety, depression, and OCD. What’s unclear is whether it just smells good and stimulates the brain’s olfactory system, or if it actually affects the brain cells themselves.

Not every strain that smells like lemon or grapefruit has limonene. The lemony scent is not due to one terpene, but a combination of all that the strain contains. However, color can be an indicator, since many strains that contain the color yellow do contain high levels of limonene. Levels vary widely based on genetics, curing processes, and growing techniques, and the only way to really know whether your strain is high in limonene is to sample from a lab tested batch. Popular strains that tend to be limonene dominant include Banana OG, Black Cherry Soda, Do-Si-Dos, and Wedding Cake, which can be consumed orally or inhaled. Even though limonene can be consumed in high quantities, there is too much of a good thing. Adverse effects can be felt at doses of about one gram per kg per pound of bodyweight. This is significantly higher than most strains of cannabis, but limonene extract can be consumed as a dietary supplement, so consult your physician before adding substantial amounts of limonene to your diet.