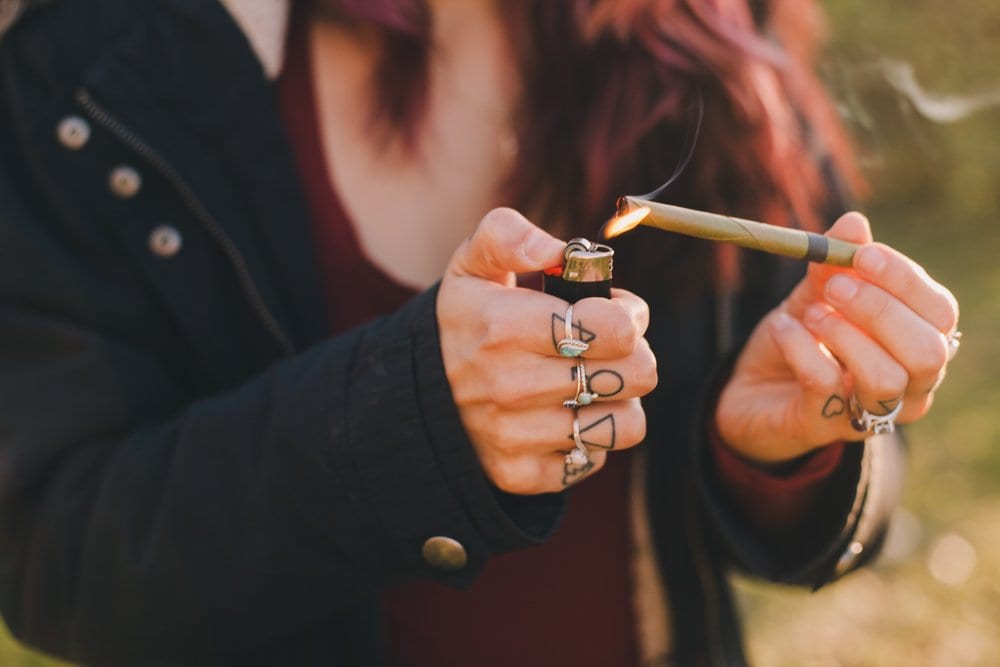 Okay, hear me out. The first thing you should know is that this is a recent change in my thinking. I’ve been a fan of blunts since I learned to roll in college. However with the FDA recently banning flavored blunts, including Swishers and Backwoods, I think it might be high time to stop smoking blunts altogether. If you haven’t heard, the action came from the African American Tobacco Control Leadership Council, which called for the national ban. The idea was to target “makers and sellers, not users, of menthols and flavored cigars”.

Getting people to stop smoking blunts isn’t going to be easy. Blunts are a cultural staple when it comes to smoking weed. A lot of folks use blunts exclusively and it’s a badge of honor to be able to roll a fat blunt quickly and effortlessly. I used to date a second grade teacher who was a total weed head by night and to him, rolling his blunts perfectly was the sexiest thing he ever saw me do, according to him. It’s also a big part of wider pop culture. Who can forget the countless images of some of our favorite artists smoking blunts? Snoop, ODB, Biggie, Rihanna? Pop culture and blunts are as tightly wrapped as your exalted Dutch Masters. For a while there, rap videos weren’t even rap videos without a shadowy figure blowing smoke out of a blunt. Also now who could forget Rihanna rolling a blunt on someone’s head? Or on a boat? Or anywhere?

Why did this particular council decide to push for this change? Also why now? Well, sadly it all goes back to the racial disparities that continue to plague cannabis. We all know that cannabis is fraught with racial tension and history. In fact cannabis in general is more complex by the day. While some of us see cannabis legalization as all, but certain to happen in the coming years, in some ways things are becoming even more complicated. If I can smoke weed in every state, but not in my preferred way, is it really even legal? Not to mention that some people see the proposed ban as racially charged in nature, because black cannabis users, by far, use blunts as an ingestion method more than any other demographic. Now, the FDA begs to differ. According to the regulatory body, in a statement released in April of 2021, “A menthol and flavored cigar ban would avert 237,000 African American deaths from tobacco use”.

I’m all for personal freedoms, and this feels like an infringement. Sure, they say they’re going after the manufacturers, but isn’t it someone’s right? Why this and not cigarettes? The issue is so layered, but not without merit. For one, smoking anything is bad for you, mostly because of the carcinogens in smoke. The healthiest way to consume weed is to either vape or eat or drink an edible or tincture. However, if you must smoke; blunts are by far the worst way to do it since they are usually made from tobacco leaves or contain chemicals used in making tobacco products. This includes tar and nicotine which is dangerous because you usually have to hold smoke in your lungs for a second to get a good hit. Although blunts burn slower, the tobacco chemicals used to manufacture them can make smoking harsh on your respiratory system. To be fair, blunts are the easiest way to smoke socially. They are longer in length than joints, burn slower, but is your health really worth the risk? Secondly, it’s kind of a waste of weed.

Chambers, bowls, and bongs, and good quality vaporizers are more efficient than blunts, so you use less weed. I get it, everyone doesn’t want to use another method, but if you want to smoke, there are more efficient ways- even non- tobacco rolling papers are a better look than blunts. Hell, even edibles could be on the table. You gotta eat, and they can be customized to almost any style of food.

So let’s be healthier, and more mindful stoners moving forward, and pass on the blunts.