Here’s a quick timeline on how Sha’carri Richardson went from Olympic hopeful to non- contender in the span of a couple of weeks. On June 19, Sha’carri became the youngest woman to win the US Olympic trials since Alice Brown in 1980. She won with a time of 10.86 and qualified for the 100 meter individual race in the Tokyo Olympics. Just a few days later, she tested positive for cannabis, and was suspended for 30 days, which would have allowed her to run if still selected for the team. But ultimately, she was not selected, and now it’s confirmed that she won’t run any Olympic races in 2021.

I was floored at how many folks in my personal circle suddenly turned into Nancy Regan the minute the story broke that Sha’carri happens to medicate with cannabis. Maybe I’m a little naïve but I was kind of shocked at how many people came out of the woodworks to denigrate her. Some of these people recreate or medicate with cannabis, for everything from anxiety to PTSD, but there was very little initial support for the runner to treat her grief. Not only that, the hypocrisy of the Olympic committe suspending the track star when swimmers like Michael Phelps and Ryan Lochte were allowed to compete despite many drug incidents. Even if the decision wasn’t intentionally racist, the optics of such a double standard are just embarrassing.

For some people it was more pressing to tell the internet just how much they believe elite athletes should adhere to the same rules they may have violated themselves. I thought it’s crazy that people who may have been fired or not even have gotten a job, or even those who may have faced imprisonment for cannabis, were right along with the crowd shouting about how she should have known better. It didn’t matter that it was all legal, at least not to these staunch proponents of the rules. They were more concerned that she was acting outside of the expected norm.

While some were team #sheknewtherules, and had little more to contribute to the conversation than holier-than-thou quips to that effect as if they had never broken any rules themselves, many were the calls to #Letherrun. Some people even called to boycott the entire Olympics because she would no longer be able to run. Never mind all of the other athletes who prepared for this moment for the last four years. Suddenly there were think pieces on the impact of the War on Drugs and countless discussions on the runner’s appearance and attitude towards her suspension, even after she accepted her punishment publicly.

It’s not just that everyone overlooking the fact that the sprinter ingested that cannabis legally, since she has a medical card. They are also overlooking the role that Sha’carri’s grief played in her decision to medicate with cannabis. She lost her mother the week before she became a standout at the Olympic Trials. That means something. I can’t imagine having to perform on a national stage while millions of people look on just days after losing the person who bought me here. For the record, I am neither team #Letherrun nor #TheRules, because those rules are outdated as fuck. Sha’carri is an adult and yes, she knows that actions have consequences. Despite knowing those consequences she decided to proceed with edibles anyway. By the way, I don’t have proof that she used edibles, but smoking in any form tends to affect your lungs, so I doubt she chooses flower. It’s just an educated guess. Even though she knew the potential consequences, her grief drove her to make the call to imbibe cannabis. Even though we know more about how cannabis works today than ever before, and cities and states are making strides to legalize or decriminalize cannabis, there’s still quite a long way to go before the moral judgements stop when someone finds out you use cannabis either recreationally or medically. I hope this is a lesson for everyone involved. I hope that four years from now, this isn’t a conversation, and that cannabis testing is removed from the Olympics, as it has been for the four major sports leagues. Until then, I say, let Sha’Carri grieve. If we’re lucky, maybe we’ll get to see her run in 2024? 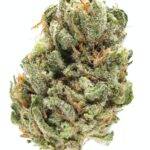