When you easily see the benefit of doing something, it can be hard to see the downsides. I’ve lived mostly in cities as an adult, so it was easy for me to understand why some feel that a $15 minimum wage is absolutely necessary. However, a recent New York Times article showed that in some low wage, low cost of living areas around the country, this increase might slow down growth in already slow-growing areas. It took me somewhat by surprise, but even more surprising than that were the results of the latest Emerson college polls, which showed that more Americans support recreational cannabis legalization than any other issue, including increasing the minimum wage to $15 an hour. If you don’t know, the Emerson College polls are gauged the Presidential approval ranking.

I’m not going to lie to you, I was blown away by this revelation. I obviously support weed legalization, but even I didn’t know it would be the most popular issue in the general American population. Respondents ranked potential national policies for which decisions might be coming down the pipeline and to decide whether they were a good or bad idea. Recreational legalization had 61% support across all Americans polled. Strong support skewed younger and more liberal, but basically everyone under 65 supported full legalization. In contrast, only 54% of respondents supported increasing the federal minimum wage while 46% opposed.

The fact that cannabis legalization was among the highest ranking issues for most Americans says a lot about how far America has come as a country when it comes to legalization. In the span of a few generations, we’ve gone from Refer Madness style propaganda to D.A.R.E programs in every school to weed legalization as our biggest issue. In today’s partisan world, getting 6 in 10 people to agree on anything is incredible. I think this bodes well for our future. Legalization has the ability to write some wrongs from the War on Drugs, but it also has some opportunities to reverse the war on the middle class. Legalization will create jobs and open up the world to more cannabis driven innovation. Many people see legalization as one way to create new pathways to economic recovery which is desperately needed as we face a continued pandemic.

Think about it. Cannabis could open up a whole new world to some of the most entrenched programs in the world, and bring new life to others. Education programs, grow houses, restaurants, nightlife, even regulatory bodies and industry associations could be formed based on legalization. All of these industries and their tax revenue could set us up to revive the middle class. Reddit’s Wall Street Bets crew of day traders is already ready to take weed stocks “to the moon”, meaning to raise the trading price. Almost everyone sees the benefits of legalization.

The truth is, we could get a lot done if we decided to let the fake, “Refer Madness” shit go. Support for legalization has been growing steadily over time. The latest Gallup polls show cannabis legalization has support from 68% of the population, and that support has hovered around 60-65% throughout the last decade. Even your grandmother believes in weed. Lots of jobs in the cannabis industry already start at $15 an hour, and there’s almost unlimited upside for those who are willing to specialize in an area of the industry. Raising the minimum wage won’t help as many Americans if the jobs they can get are limited and unemployment remains high. Most taxpayers understand the need to create new revenue streams in order to rebuild. Growing, selling, educating, and innovating in the nascent legal cannabis industry has kept thousands of families afloat during these times. It makes sense to take it nationwide. 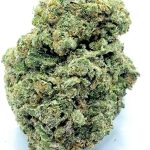 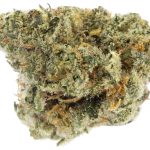