Historically, it has been difficult for cannabis-related businesses to access reliable financial services due to its illegal federal status. Many people wonder if Congress has made any progress in passing legislation to remedy this recently.

The SAFE Banking Act was introduced in 2019 and has passed the House seven times, but it still needs to make it to the Senate floor. Throughout the years, the SAFE Banking Act has been revised and is now referred to as the SAFE Banking Plus Act. This most recent version of the act addresses social equity by including elements related to small business loans, allowing the VA to assist with veterans’ access to medical marijuana and the expungement process outlined in the Harnessing Opportunities by Pursuing Expungement (HOPE) Act.

It would alleviate cannabis companies’ hurdles when looking for financial institutions to lend money. Schumer reassured several times that Congress is “very close” “to introducing and passing the SAFE Banking Act.

On October 30, during a friendly as-can-be debate with Senate Majority Leader Chuck Schumer and Republican challenger Joseph Pinion, the SAFE Banking Act was the topic of discussion. The SAFE Banking Act will provide state and federal protection to financial institutes providing services to cannabis-related businesses.

Anti-Legalization Lawmakers Claim Not Enough Research to Back Cannabis Legalization

Joseph Pinion quickly mentioned the lack of movement on the Cannabidiol and Marijuana Research Expansion Act. This bill allows certain registered entities (higher education institutions, practitioners, and manufacturers) to manufacture, distribute, dispense, or possess marijuana or cannabidiol (CBD) for medical research purposes. This bill also directs the DEA to register manufacturers and distributors of CBD or marijuana for commercial production of an approved drug that contains marijuana or its derivative.

Joseph Pinion argued that there was not enough research on the public health risks of cannabis use before lifting the prohibition. Pinion started the rebuttal: “we need to deal with the fact that we’re not talking about your mom and dad’s dope. We’re talking about THC levels that have been off the charts,” he said. Pinion also brought up the consistently debunked rumor of fentanyl-laced cannabis. He stated, “we now have people that are trying to smoke marijuana and are going to drop dead.”

When discussing regulating cannabis at the federal level, Pinion said, “in the event that we’re going to go down this path at the federal level, we should do so in a manner that recognizes that these decisions have dire consequences and that people are actually dying, in some cases, because of them.” Pinion stated “the notion that we would release it on the citizenry at the federal level before we’ve actually done the due diligence seems reckless and irresponsible. Just my thoughts.”


Pinion directed the discussion toward the opioid overdose crisis and illegal drugs coming across the U.S. border. “There are unintended consequences. It is a thread that runneth between all of this, from the border crisis to even this conversation about marijuana, because Chuck Schumer has not taken the business of securing our border, and people are dying.”

Throughout this debate, there was no disagreement that there needs to be more research and resources available to provide the community with safe and well-understood cannabis. How we get to that point is where it gets tricky. Several other cannabis-related legislation and bills will help address the barriers to safe cannabis and address social inequities.

What other Bills Tackle Financial Services for the Industry?

Cannabis Administration and Opportunity Act would end federal cannabis prohibition by removing cannabis from the Controlled Substances Act and empowering states to create cannabis laws. This also would ensure that federal regulation protects public health and safety and prioritize restorative and economic justice.

How Will Access to Financial Services Improve with the Passage of the MORE Act?

The Marijuana Opportunity Reinvestment and Expungement (MORE) Act aims to remove cannabis from the Controlled Substance Act (CSA), provide reinvestment opportunities for communities and individuals who have been adversely and disproportionately impacted by the war on drugs, and expunge nonviolent federal cannabis-related convictions. Additionally, the measure would impose a 5% tax on cannabis products and make Small Business Administration (SBA) loans and services available to entities that are legitimate cannabis businesses.

The States Reform Act defers states’ rights for the legalization of cannabis and does not require any form to change or modify its laws on the drug. Additionally, the measure supports federal decriminalization and the release and expungement of any nonviolent, cannabis-only conviction.

The Drug Policy Reform Act aims to end criminal penalties for drug possession at the federal level and shift regulatory authority from the Department of Justice to Health and Human Services (HHS). This bill explicitly makes HHS responsible for classifying drugs, intending to move toward a more health-centric model. Additionally, the legislation would expunge existing criminal, nonviolent cannabis-related records.

This would address the denial of employment, public benefits, immigration status, driver’s licenses, and voting rights. State courts could enforce the fine; however, it could be waived if an individual cannot afford it. 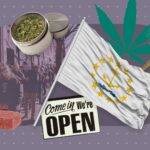 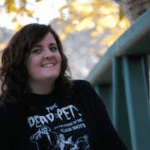