I’m a mom of two kids, one in 4th grade and one in 7th . In a year of never ending shut downs and isolation, I have to admit that the only thing keeping me going is weed. I swear, being a parent is one of the best things that ever happened to me. Having a couple little versions of me and the Mr. is amazing, and it’s so worth doing. Also spending more time with them on a daily basis has been such a gift. But you know what’s not a gift? Working, while also teaching from home. It’s taboo to say, but eff that. This is some of the hardest shit I’ve ever done in my life. When the lockdowns first happened, I did my best to be an official teacher. I set up a little learning area in the office and worked from my desk. However, being a teacher is hard as shit. Also “teaching” two different grades at the same time? Forget it. First of all, math has completely changed since I was in school. Trying to teach my fourth grader to carry the two resulted in blank stares, and eventually, my oldest had to chime in, because she is the one who knows what’s happening. It didn’t take long before I was smoking a little bit every night on my nightly walks to calm myself down.

We eventually got into a little groove and all of us breathed a sigh of relief when the school year ended. I tried to keep things going with a few lessons and tutoring during the summer, but honestly, I was glad to have more time to work. I have to work, since neither me or my husband make enough living on one income. Also not having to interrupt calls to answer questions about geology or the Declaration of Independence was the sweetest thing I never thought I’d need to know. However, after a week of classes at the start of a new school year, my kids were sent back home due to a couple of active cases. I turned to the one thing I knew would get me going throughout a spring and summer rife with shutdowns, self-isolation, and way too much Tik Tok: edibles.

Edibles win over bongs and blunts for me for obvious reasons. They are more discreet, and they don’t stink. Curious eyes and noses don’t question why mommy smells weird. Since the kids have been around, I mostly limited smoking to vacations, but once it became really fucking clear that I wasn’t going to get one this year, I started micro dosing edibles to calm my anxiety and get me through the hell that is trying to work two jobs simultaneously a day. I live in a state where you have to have a medical card, but I’m not far from a state where recreational weed is legal, so once cannabis was labeled “essential”, I high tailed it over there to pick up a shit ton of chocolates and gummies.

Thinking I was the only mom who was getting high most days a week felt isolating, but thought I was hiding it pretty well until I got a private message on the side of my daughter’s group chat asking if I could share. I feigned ignorance for a little bit, but it became pretty clear that I had been made for a weedhead. That was the start of my Weedhead Moms group, and now a couple times a week, while the kids are in class, we host a call of our own where we micro dose and shoot the shit. Yes, it’s on my work calendar and I usually schedule it for when my husband is home, so I’m in the clear. Who knows if we’ll ever be found out, but to me, it’s worth the risk. I hate to sound trite, but this is how I found my tribe: fellow weedheads who love their kids, hate teaching school and trying to work at the same time. We keep it low key, because there’s so much stigma attached, but it has been one of the brightest spots for me this year. We’re definitely going to keep it going even after things get back to normal, whatever that is. 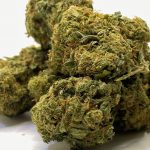 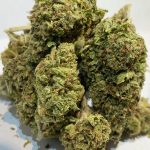