After testing the psychedelic substance, I discovered that it’s nothing to be angry about.

It simply can’t be ignored or denied any longer: Psychedelics are having a moment, and with stigmas fading, the world is increasingly exploring and even enjoying their effects.

Contents
After testing the psychedelic substance, I discovered that it’s nothing to be angry about.What is mad honey?What does the mad honey trip feel like?Benefits of mad honeyPreserving mad honey in a changing climate

2022 saw Colorado follow Oregon in decriminalizing substances like psilocybin mushrooms, LSD, DMT, and ayahuasca, as did local municipalities like San Francisco, following Oakland, Santa Cruz, Ann Arbor, DC, and Denver. There are now churches dedicated to guided psychedelic practice, cushy retreats, and therapy clinics that utilize ketamine. One obstacle to psychedelics now is accessing them since, for the most part, they are not yet legal to distribute or purchase.

There is one pseudo-psychedelic substance, however, that remains legal to sell and buy almost everywhere, with some nations excluded. You’ve seen the bear video, right? A young bear gorged herself on some special honey in Turkey, and was stuck on her rump experiencing what I can only imagine is a Winnie the Pooh nightmare. I’m talking about mad honey.

Mad honey is natural, harvested for at least hundreds of years by communities in Nepal and Turkey that use it for health remedies, religious ceremonies, and fun. I purchased some in the fall to see if I could supplant my relatively tame shroom experiences with something else. It’s legal to purchase online, but you’ll have to wait a few weeks for arrival if you live in the US like me.

I consider myself a psychedelic novice. I also don’t necessarily like to “trip balls” when I use shrooms, which are my go-to form of psychedelic consumption. But mad honey strikes a comfortable medium between macro and micro doses that I’m still processing. Here’s how my first time trying mad honey went.

What is mad honey?

Mad honey is shorthand for honey made by Apis laboriosa, the Himalayan honey bee and biggest honey bee in the world, that takes nectar from certain species of Himalayan rhododendron plants. This combination of flower and honeybee creates a honey rich in grayanotoxins, the substance responsible for the honey’s maddening effects.

A Vice documentary led by Abdullah Saeed in 2016 put it on the millennials’ map as a new way to trip and achieve higher power, but mad honey has existed for thousands of years. The Gurung people of Nepal have harvested it for centuries, if not millennia, and ancient Greek and Roman military leaders utilized it as a bioweapon to subdue their opponents. Hard to fight a war when you’re seeing colors and vomiting.

Historically, mad honey manifests naturally in only two parts of the world: Nepal and Turkey, though some reports indicate Brazil, Japan, and even the southern US have started harvesting it on a small scale. I ordered both kinds in the hope of discerning what the differing climates and environments might create, just as different species of shrooms elicit different effects. Alas, only the Nepalese honey arrived for this piece.

Mad honey, like any other psychedelics, has no universal experience. Different batches of honey vary in potency (which isn’t tested, mind you), and it can’t be harvested year-round. Nick, the founder of Real Mad Honey based in Amsterdam, says that for him, it feels like an edible high rather than a shroom trip.

A word of warning, it doesn’t taste great. It’s darker than the honey you might put in your tea in the morning, more dusky amber than golden, and more bitter and earthy than sweet. I opted to add a teaspoon, the recommended dose for a first-time user, to peppermint tea.

I took mad honey on three separate occasions, and more than anything, your circumstances will influence just how “mad” you get.

The first time, I was at a friend’s apartment during a holiday cookie decorating party, and it was my favorite trip by far. I was among trusted friends and had easy access to water, snacks, and a bathroom in case things went south.

A teaspoon in tea led to a long, giggly discussion of Shawshank Redemption and my bravest attempt at a pineapple-shaped cookie. When I told my friend, a fellow psychedelic dabbler, what I was doing, she took a microdose of shrooms for comparison. We both ended up on the couch, laughing at the first Harry Potter movie (the Quidditch scenes were especially vibrant).

I tried amanita muscaria, the ‘delta-8 of mushrooms,’ here’s how it went

The next time, I took a little more on a rainy solo day. I don’t really recommend this—I felt fine just chilling in my apartment, and I did some journaling that, looking back, felt exceptionally introspective and poignant. But if you are looking for swirling shapes on the walls, that wasn’t happening.

Again, I didn’t venture to take a tablespoon like the psychonauts recommend. As with shrooms, taking too much mad honey had adverse effects. You’ll get really sick, vomit, diarrhea, and potentially lose consciousness. With short days and frigid temperatures, winter might not be the best time for an outdoors trip, but a nice bundled walk or friendly gathering sets a cozy, tingling scene.

Yes, it’s fun (and delicious) to pop a glob of honey in your mouth and wait for the world to start vibrating around you. Honey, psychedelic or not, has antimicrobial properties, a wealth of antioxidants, and has been shown to heal gastrointestinal issues as well as topical wounds, per the Mayo Clinic.

Mad honey does induce mild hallucinations and that introspective searching that define most psychedelic substances. Many report euphoria, relaxation, and a better outlook on life. These are emotional benefits rich in anecdotal evidence, but still lacking on a clinical level.

A lot going on there! But despite these documented uses of it, we can’t guarantee that mad honey actually benefits any of these conditions, for now.

While Nick of Real Mad Honey says that human innovation has made mad honey easier to harvest, it remains a dangerous and wild endeavor for honey harvesters. Humans can’t grow mad honey themselves, nor can they tell the bees exactly how strong to make it.

As the number of honey vendors clogs the competition, some providers have started offering extractive tourist trips that bring foreigners up into the mountains to hunt honey themselves. This compromises the local flora and fauna, and further endangers the local honey hunters who often use no protective equipment to scale cliff faces.

The US and global bee population remain vulnerable as climate change destabilizes their environments, and they are worth far more than the trippy honey they produce. So if you want to buy some mad honey, ensure that your seller has a reputable, ethical source. Stay as close to the honey as possible, stay safe, know your limits, and enjoy!

How much do shrooms cost?
Next Article 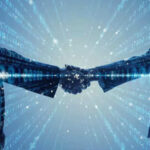