Recreational cannabis now legal in Virginia there are so many options. I can go to a dispensary. I can smoke weed riding down the street. I can gift cannabis to all of my friends. WRONG in my Charlie Murphy voice, Rest in Power.

First and foremost we need to be very clear about the laws. There are no legal cannabis sales allowed in Virginia. The Virginia Mercury reports and says it best by offering “The biggest is that retail sales aren’t scheduled to begin until 2024 and, until then, the only legal way to get weed for recreational purposes will be to grow it yourself or receive it as a gift from someone who does.”

The Virginia Mercury went on to state the reality of gifting and cannabis. Virginia explicitly is aware of the gifting cannabis culture in the District of Columbia. If you are in the DMV and are procuring cannabis a delivery service like Select Co-op is your best option.

As The Virginia Mercury reports, lawmakers emphasized people may only provide “gifts” to friends and associates. “Lawmakers stressed that when they say gifts, they really mean gifts. The bill attempts to explicitly prohibit the kind of transactions that have become common in Washington, DC.” I am thankful that DC allows such gifting as the past few years have allowed access to amazing strains and quality.

So you could drive into DC and get cannabis from a store, correct? Wrong! Again, RIP Charlie Murphy! There have been numerous raids in the District as the Initiative 71 legislation in DC allows for the transportation and gifting of cannabis. This subtle language in the law allows for delivery services to operate. It does NOT allow for storefronts to sell cannabis. You may check the news on raids for cannabis on the Outlaw reports or other platforms.

Operating a vehicle under the influence of cannabis is illegal. Virginia is not even dealing with sobriety checks as there is no true way to tell if one is under the influence of cannabis. As the Virginia Mercury reports, if there is an open container (including lightable objects/paraphernalia) then it is assumed cannabis has been consumed. Friends be careful in Virginia and if you need cannabis supplies, go into the District of Columbia. It is a much safer bet! 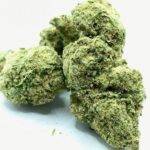 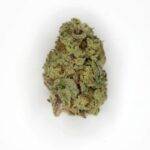