Bongs come in a variety of designs, shapes, and sizes. Some are highly prized works of art that decorate smoke shops around the city. Many believe that bongs have been in use for hundreds of years. There is some evidence that water bongs have been in use in Africa, Laos, Thailand, along with several other countries for some centuries.

Perhaps you have already experimented with using a bong in college, and you know about the basics. This includes pouring in the water, packing the bowl, and lighting up. It may seem like something easy to do, right? Well, this is where you may be wrong. Did you know there’s a correct way to use a bong for the best smoke experience?

Smoking from a bong can actually help you get higher faster. This is because a bong can help you get a bigger hit, much faster than many of the other smoking means. However, this is not a bong’s only advantage when compared to other marijuana flower consumption methods. Bongs are often considered a healthier method of cannabis consumption. This is because the water, or liquid inside of the bong filters out some of the bad for you stuff that forms, when burning the dried marijuana flower. Smoke from dried marijuana flowers is harmful, much like other forms of smoke. It contains tar, ash, and other types of harmful components that the liquid inside the bong filters out. Also, the liquid inside the bong cools the heat produced when burning your marijuana flower, offering a smoother, cooler smoking experience that can even be described as creamy and mellow.

Bongs are usually made from wood, heat resistant acrylic, or glass. It is worth mentioning that acrylic bongs are potentially dangerous to your health because the acrylic produces fumes when heated. Inhaling these fumes is toxic. Generally, bongs have a long neck and a receptacle for water at the bottom, when the bong is heated smoke gathers and clusters inside the neck. Most bongs are made up of 3 to 5 parts which include:

The Mouthpiece: This is where you place your mouth to inhale the smoke.

The Chamber: This is the area where the smoke will go once the marijuana has been burnt.

The Bowl: This is where you pack the marijuana into and light it.

The Downstem: While some bongs that come with sliders will not feature this part, the downstem is a funnel that directs the smoke into the chamber.

How To Use A Bong:

– Fill the bong up with water. The downstem or slider should be completely submerged. – Use around 1/2 gram of ground weed in the bowl.
– Place your mouth directly over the mouthpiece, followed by lighting the bowl.

– Once the chamber fills up with milky-white smoke pull on the slider or release your carb, you can now inhale the rest of the smoke that is left in the chamber.

– Exhale followed by returning the slider.

How A Bong Works:

Bongs operate on the basic principles of physics. The first of which is the vacuum. When you light the bowl, and the marijuana flower ignites, it will release smoke. When you are inhaling from the mouthpiece simultaneously, you create a quasi-vacuum that sucks the smoke coming off the bowl inside the chamber, where it is then stored. The bubbles in the liquid that appear as you begin inhaling can be described as the “lungs of the bong”, and these bubbles create micro- vacuums that suck the smoke inside the chamber.

Even if you take your mouth away from the mouth-piece the smoke will not rapidly escape out of the chamber. The smoke cools down as it passes through water, which slows its ability to rise, so it typically remains inside. That said, when removing your finger off the carb or pulling the slider, it is best to quickly inhale the rest of the smoke that remains in the chamber. When you release the carb it offers an easy way to inhale the remaining smoke. This has to do with the fact that the pressure from the outside, is greater than the pressure inside the bong, and it will force the smoke upward.

In all, a bong creates a delightful condition for you to enjoy your marijuana flower, and it shouldn’t be overlooked as a method of consumption. So, break out that college bong, and don’t worry that smoking from a bong may seem juvenile or outdated. Bongs will never go away. Perhaps, it’s best to think of them as the record player of marijuana consumption –something old school and exquisite for cannasseurs. 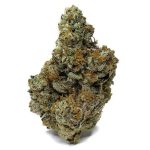 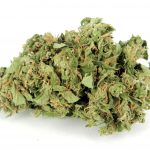