As of 2021, the US population was estimated to be around 331.9 million. Meanwhile, it is estimated that 68% of the adult population reports cannabis legalization. According to Pew Research Center, “About 3/4 of Democrats age 18 to 29 (78%) favor legalizing marijuana for both medical and recreational use.” According to their research, only one in 10 people believe in supporting continued cannabis prohibition.

When it comes to public perception of and knowledge about cannabis, times are changing. People didn’t believe the hype of reefer madness back in the ’40s, and they are tired of the misinformation coming from our elected representatives. According to U.S. federal law, cannabis is a Schedule I drug with no accepted medical use and a high potential for addiction and abuse. This couldn’t be further from the truth. Cannabis has many different medical uses and loads of other potential.

With more people consuming cannabis these days, chances are you’re going to have to explain your cannabis consumption to a family member at some point. Even though the plant is legal in many places, it can be hard to break through the stigma that’s been carefully attached to it over the years. Let’s explore some ways to talk about cannabis productively.

Parents Talking About Cannabis With Their Grown Children

As a parent, you may have had to scold or punish your child when they were growing up because of cannabis. A lot of us, at one point or another, ran into our young teens with red eyes, an insatiable appetite, and that all-too-familiar lingering smell. Chances are most of us know the smell because, at some point in our lives, we, too, consumed cannabis. Many of us still do.

As a parent, it can be difficult to bring up the conversation about cannabis with your grown children. After all, you may have scolded them for doing the very thing you’re doing now. Times have changed, and it is never a good idea to keep things from family. If you’re a parent who has found cannabis to be beneficial to you, let your children know. There is a lot of clinical evidence supporting the therapeutic benefits of cannabis.


The best thing you can do is sit down and let your children know that your perception and understanding of cannabis have changed. For many people, the legal factor is an extremely huge part of cannabis. When medical cannabis laws are passed, people no longer have the stereotype of being a “pothead” or “stoner.” They are utilizing a natural plant for its medicinal therapies. This is a very respected and noble approach to self-care, as we can see a clear problem with the abuse and dangers of prescription drugs today.

Grown Children Talking With Their Parents About Cannabis

It’s not always parents having to let their children know they have turned to medical or recreational cannabis. Sometimes it’s grown children having to let their parents know they have chosen cannabis as a part of their life. Letting your parents know that you consume cannabis is a great idea because it lightens your load. No one should want to hide things from their parents.

Sit down with your parents and let them know that you use cannabis. Talk with them about cannabis and what it does for you. If they are unconvinced about its effectiveness, simply take them on a journey of education and point them in the direction where they can learn the truth regarding cannabis. You might be surprised. Information and knowledge about cannabis have changed greatly over the years. The folks you thought might have a problem with your cannabis consumption might not have a problem at all.

Talking About Cannabis With Young Children

Young kids aren’t stupid. In fact, they are extremely intelligent. It’s hard to keep anything from them these days. If you consume cannabis as an adult, chances are your children know about it. It’s not a good idea to hide it from them. Instead, educate them about cannabis.

Let little ones know that cannabis is a natural plant and is used as a medicine by millions of people. There is a long history of cannabis throughout society since the beginning of written history. Exploring cannabis throughout history around the world is a great way to educate children about the truths and facts about cannabis while also exposing them to cultured experiences.

There are great children’s books for breaking the ice on the subject of cannabis consumption as well. Remember, kids are smarter than you think, and the more you try to hide things from them, the more curiosity you’re likely to arouse in them.

When it comes to cannabis consumption and family, the conversation can be difficult. If your parents are tried and true against cannabis, and your cannabis consumption will break their hearts and possibly ruin a relationship with your parents, then maybe it’s best to keep things to yourself. Should you feel the need to express yourself and let others know about your cannabis consumption, just arrange a sit down with family and have an open, honest conversation. Cannabis is medicine. Cannabis has loads of therapeutic uses and benefits. Educate yourself about cannabis and share what you’ve learned with others. 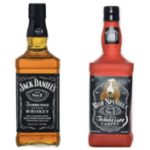