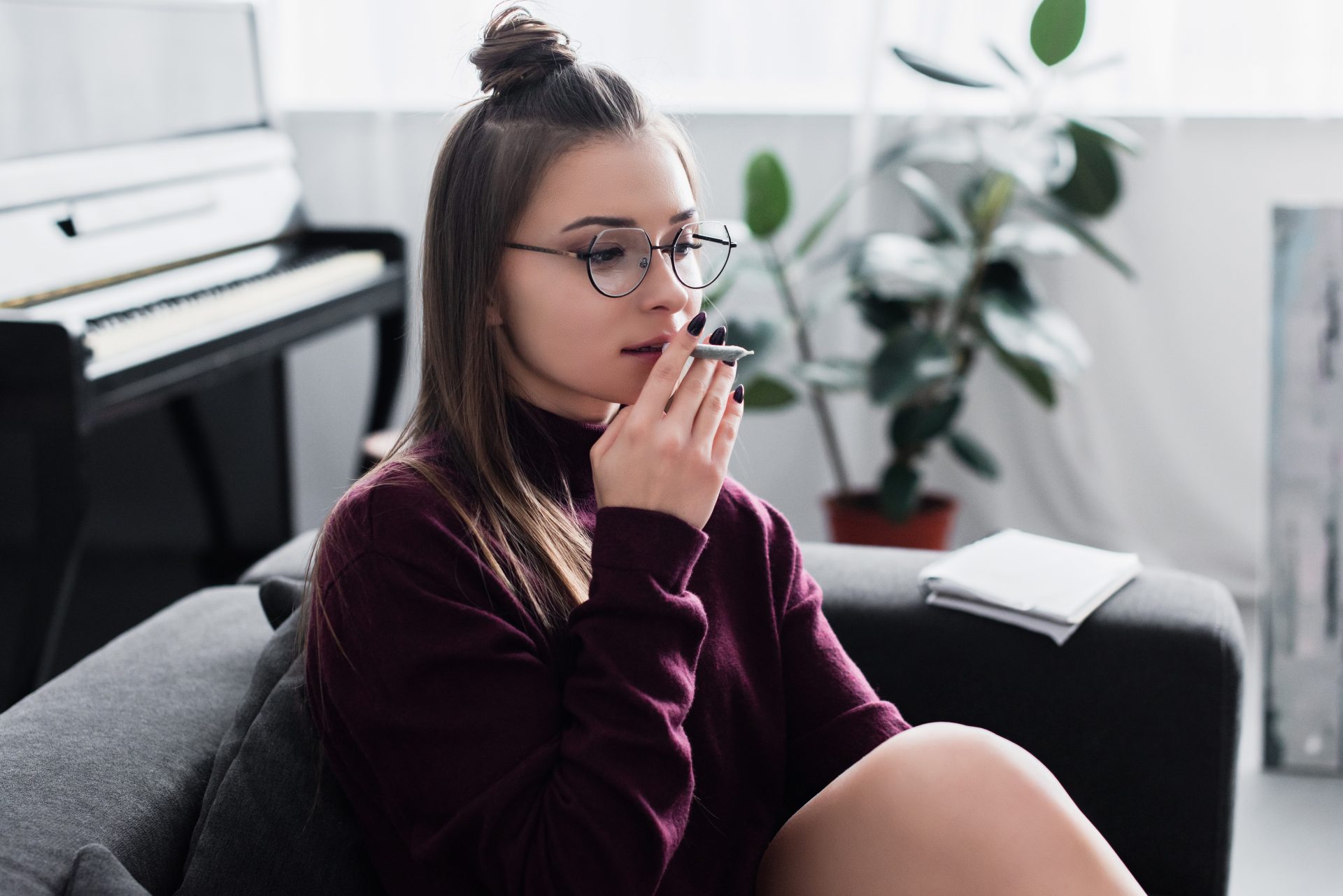 It’s time to talk about the way we’re living, because I’ve been smoking indoors for nearly a year now, and it has gotten me into a little bit of hot water with my landlord. Way back in the before times, I used to smoke out on my balcony. It went unnoticed, or at least uncommented upon, by my neighbors.

Then came quarantine. I don’t know about you, but when the lockdowns first hit, I was smoking like a chimney due to all the stress. Working from home always sounded like a dream until I didn’t have a choice. Suddenly, I was under similar deadlines for projects and watching myself freeze out on video conferences during meetings, and I realized how much my boyfriend gets up to go to the refrigerator during the day, and how noisy he is. So after work I could not wait to go out on the patio and spark up a jay. This lasted for about three solid days before I found out just how uncomfortable with weed my upstairs neighbor was and how inappropriate she found it.

Ok, fine. I can adapt. I put towels down to smother the smell and, recalling some stealthy tricks from college, blew into a kitchen fan installed over my stovetop. I think maybe a day passed before I got a nastygram from apartment management about neighbors smelling weed smoke coming out of their stove. I had to double back and think about how to make this a win-win. I couldn’t lose my lease, and I wasn’t about to give up the one thing making things a little more bearable. My boyfriend wasn’t much help. He would usually go out for a walk, because pot isn’t his thing, and had no idea how to address it. He would never say anything when he came home, or said he couldn’t smell it. So after a few rounds of trial and error, I figured out some approaches. I can now tell you what I did to maintain my smoke routine without affecting my neighbors, scarring the children who are trying to learn virtually, or getting kicked out of my apartment.

First, I had to let go of the joints. I quickly learned to switch to a pipe or a flower friendly vape if I wanted to have any hope of peace, and housing. Edibles are the only way to avoid the stink of weed completely. The property manager herself suggested this to me off the record. I can’t do too many edibles. The high is just different and I’m one of those people. The aroma that comes along with grinding, rolling, burning, and exhaling is too conspicuous. That’s some shit you have to do outside, so either take it out of the apartment or don’t do it at all. Then, I learned to exhale smarter. I ditched the oven fan and got a Smoke Buddy- the grown up version of the dryer-sheets- shoved-in-toilet paper jerry-rigged device of my college days. It’s not illegal to have pungent flower where I live, but it won’t make you any friends. Find something to neutralize the odor. Finally, I had to upgrade my air freshener. Febreze, if you didn’t know, is code for stoner activity for the average landlord. Most stoners just spray it everywhere. It mixes with the existing scent, then it becomes obvious. Upgrade to a diffuser and clean burning soy candles like Cannabolish. Throw in some Volcano room spray for a fresh floral scent, and when in doubt, do some laundry. It can’t hurt to clean the soft surfaces.

These days, it’s smooth sailing. I don’t get complaints from my neighbor anymore. I haven’t had to stop smoking and I don’t plan to. I still keep a bunch of dryer sheets around if I need them in a pinch, but overall, I feel like I have a handle on things. After this, I hope you will too.

Where Have all the Landrace Strains Gone?