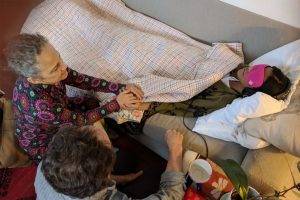 Short take: an episode for the evidence-based mind

I believe this episode won the day for people who wanted less history and mystery and more data-driven narratives. The tone shift is a byproduct of the fact that MDMA doesn’t date back to indigenous Amazon tribes, Native Americans, or even Timothy Leary. In 1912, pharmaceutical company Merck created MDMA.

However, psychotherapists didn’t know of it until a chemist, Sasha Shulgin, synthesized the compound in the 1970s. Sasha saw MDMA as an effective therapeutic to improve relationships and a person’s connection with themself. So, Sasha and his wife Ann Shulgin began distributing MDMA to therapist friends, who quickly adopted it into their underground practices.

Viewers then learn that MDMA does not exhibit the traditional effects of psychedelics like LSD and psilocybin. MDMA doesn’t dissolve the brain’s default network or elicit mystical visual journeys. Instead, it works in a more direct way.

Ann Shulgin, whose recent passing is still being mourned, explains, “…[MDMA] allows you to see who you are without a self-rejection. That’s what it’s for, for insight… and is especially good for PTSD,”

Despite its utility, Pollan explains that MDMA’s rave culture spread, and subsequent demonization led it to the same legal fate as other psychedelic drugs. At this point in the episode, Pollan introduces viewers to the man changing the course of psychedelic history: Rick Doblin.

I couldn’t help but feel excited when Doblin entered the story. After all, Doblin’s organization, the Multidisciplinary Association for Psychedelic Studies (MAPS), has sponsored research for over three decades, yet most people have no idea who he is. This segment ensures mainstream viewers understand that MDMA’s clinical outcomes have been so successful that MDMA is approaching FDA approval.

Fortunately, Doblin’s segment also drops much-needed knowledge surrounding MDMA’s brain-damaging reputation. Even as a psychedelics student of the science of psychedelics, I had no idea that this fear-mongering claim was based on a scandalous neuroscience study that was retracted in 2003.

Still, I found the most convincing aspect of this episode was the scenes portraying MAPS’ Phase III MDMA therapy sessions in action.

These scenes gave people an invaluable peek behind the curtain to witness psychedelic therapy unfold. Mystery begone, viewers watched PTSD patients, like Lori Tipton, in her rawest, most vulnerable form. The audience saw Lori process traumas from Hurricane Katrina to her brother’s death, to her mother’s suicide, and her own rape and abortion. And after three MDMA sessions, Lori began living life fully again.

In the end, episode three provides significant hope for MDMA proponents while delivering enough data to convince the greatest skeptics.

For those interested in learning more about this powerful substance, Third Wave’s MDMA guide is an informative resource. 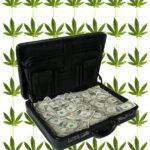 Will the Senate Ever Do Anything with the SAFE Banking Act?
Next Article 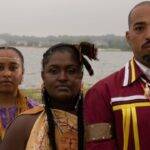