Hip Hop is (Re)Entering the Drug Game. What Does that Mean for the Rest of Us? 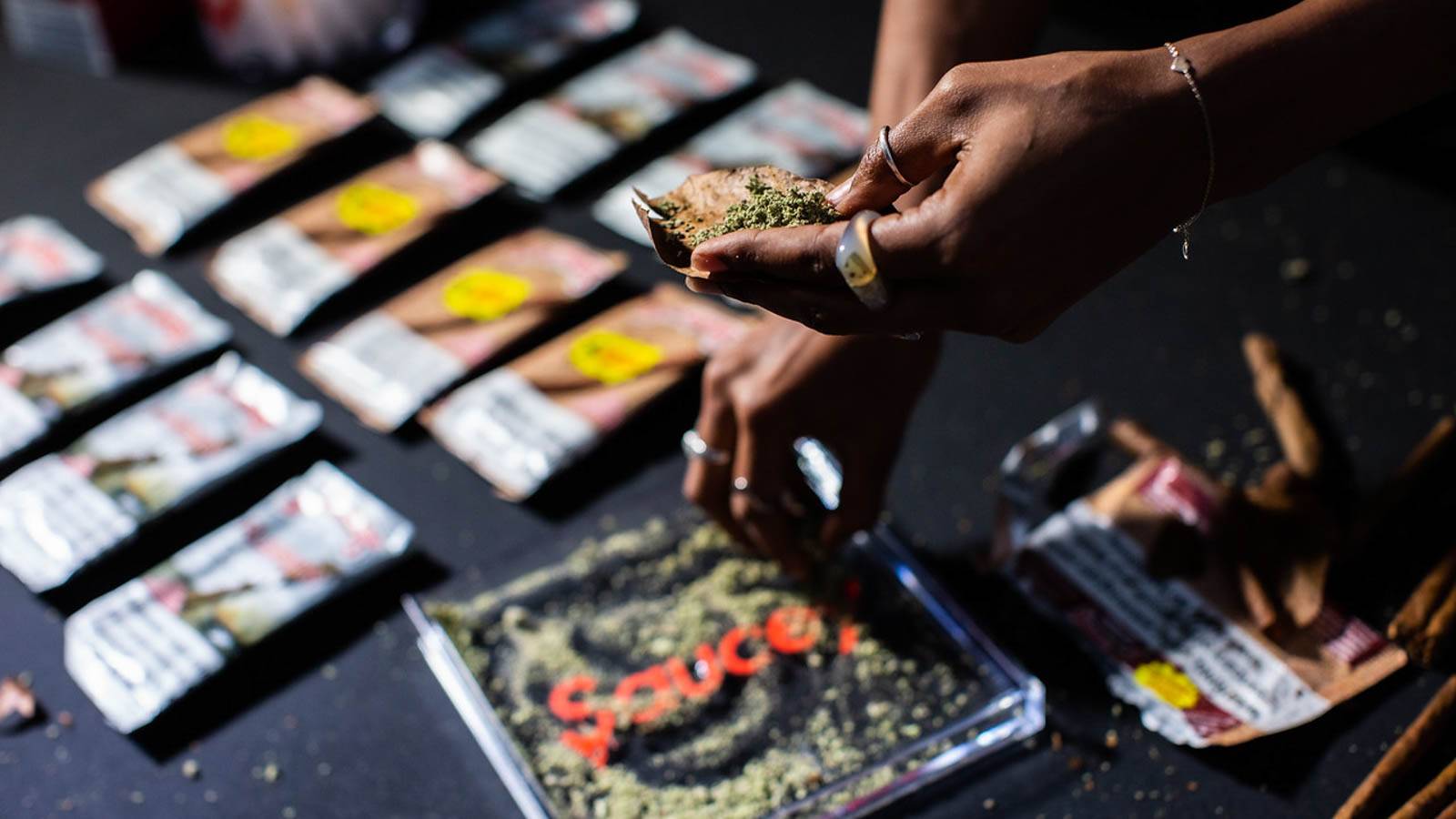 The relationship between hip hop and drugs is completely intertwined. Many mainstream hip hop artists tell tales of the drug game and the War on Drugs, and ultimately turning away from it in order to build a legal business. However, as we move closer to ending weed prohibition, some of rap’s biggest stars are getting back to their roots, and returning to the game, legally this time. Rapper Jim Jones and celebrity jeweler Alex Todd teamed up to create the premium cannabis line Saucey Farms and Extracts in 2019. Drake announced a branded cannabis line through More Life Growth Co. Also now, Jay-Z is the latest in a string of hip-hop stars to get in on the action. When Jay-Z partnered with Caliva last year, becoming its Chief Brand Strategist, the outcome of the partnership was unclear. Although, the haze cleared this week with the launch of Monogram, a cannabis brand that positions itself as luxury and offers cannabis pre-rolls and tins of cannabis flower that retail from $40-$70.

Carter’s relationships to brands has evolved over time, from promoting legacy champagnes like Cristal to Armand de Birgnac with varying levels of acceptance, to building a string of his own successful enterprises including Roc Nation, D’Usse cognac, and music streaming service Tidal. Jay-Z told CNBC that is vision for the brand is “cannabis redefined”, citing the craftsmanship that goes into cultivating a quality product that he believes is overlooked by many.

I support this launch and admire the man’s ability to reinvent himself frequently and apply business knowledge. He’s certainly not the first, to do it, but if history repeats itself, he’ll be one of the best. However, what does this return to weed mean for the little guy? I think this shift signals that at least some people who were affected by low level weed offenses will get a chance to build the empires they sought before. Cannabis should never have been a crime to begin with, and these people will get utilize their entrepreneurial gifts legally.

However, to be honest at this point, I’m not sure that Jay-Z launching a weed based entrepreneurial endeavor is any different than a Stanford dropout with a trust fund launching a Silicon Valley-backed cannabis venture. Both have the same level of access and financial backing. In fact, Jay-Z might even have more, since he has the notoriety that comes with a decades long career in hip hop and being married to the most famous woman in the world. So, I question the ability for normal people (i.e. the ones who didn’t escape the game by becoming wildly successful and famous) to transition in a similar way.

I am curious to see what partnerships come from the influx of hip-hop artists and how the industry continues to move forward. It’s a natural partnership for sure. Although, I wonder, will a cannabis brand become the new “t-shirt line” that became ubiquitous in the early 2000s? At one point pretty much every Hip Hop and R&B artist had their own urban streetwear line that consisted of mostly white tees with a logo, or possibly baggy jeans. I wonder if we’re headed to a space where every new artist launches a line of mediocre or even below par pre-rolls. That’s not where we are now, but we could definitely get there.

It’s got to be a mind fuck for anyone who used to sell weed that the thing that used to put his life in danger is the same thing that will add to their balance sheet today, Jay-Z included. I can only hope that he uses his platform to invest in others who were similarly endangered by selling a plant. I’d like to see him build or partner a venture capital fund that focuses on building out profitable business models for those impacted by the War on Drugs. There’s certainly ?enough capital to make it happen, but no one owes anyone anything, so we’ll just have to watch it play out.

Not into Dry January? Me Neither. I’m going Cali Sober instead.