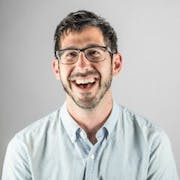 
This year, psychedelics legalization pushed even further into the American mainstream. Colorado voted to legalize therapeutic psilocybin, while Oregon prepped to launch its own program. Investors poured millions of dollars into the emerging psychedelics industry, and lawmakers from Alexandria Ocasio-Cortez (D-NY) to Dan Crenshaw (R-TX) called on Congress to reform our psychedelics laws.

But in the last four weeks, police in three North American cities have raided and shut down stores selling psychedelic mushrooms.

In early December, police in San Francisco busted a mushroom store in Haight-Ashbury. A spokesman for SFPD confirmed that “a large quantity of suspected narcotics was seized.” The shop’s owner has been charged with violating the California Health & Safety Code.

And last week, Portland, OR, police raided Shroom House, a magic mushroom store that began openly operating in one of the city’s main commercial districts in late October.

If psychedelics are moving into the legal mainstream space, you may ask, why are these police busts happening?

It boils down to this: Commercial entrepreneurs are getting ahead of the law. It may be legal to possess psychedelic substances in some of the most progressive cities in the US and Canada—but it’s not yet legal to sell them.

Shroom House opened its doors on Oct. 24 to minimal fanfare on the busy intersection of West Burnside Street and 16th Avenue. The store’s location was guaranteed to get attention; Portland’s world-famous bookstore, Powell’s City of Books, sits just a few blocks east, as does the Crystal Ballroom, a well-known music venue.

Sure enough, local news outlets began to take note. A Willamette Week writer sauntered in and left with a healthy quantity of the notorious Penis Envy psilocybin strain. Thanks in part to the media attention, word spread quickly. Wait times soon reached up to five hours as psychedelic seekers queued under the shop’s mushroom sign for a chance to buy shrooms, out in the open.

But there was a catch.

Even though Oregon voted to legalize psilocybin for therapeutic use in 2020 via Measure 109—and additionally voted to decriminalize possession of all drugs via Measure 110—Shroom House had opened its doors without even a shred of state approval.

Oregon has a licensing system for the sale and use of therapeutic psilocybin. But as of this writing, the state has not licensed a single facilitator or treatment facility—and won’t do so until next month.

And so, as quickly as the experiment began, the cops put the kibosh on it. On the early morning of Dec. 8, Portland law enforcement raided the store, seized mushrooms and $13,000 in cash, and arrested four individuals involved in the business. News reports indicate that the business’ owners have obfuscated their identities through several LLCs.

While illegal shroomeries clearly qualify as risky business, they may be doing more than merely breaking the law. Legalization advocates worry that pop-up shops like Shroom House could undermine the legitimacy of the legalization movement itself.

In Oregon, for instance, counties can vote to opt-out of therapeutic psilocybin, and these rogue retailers might give that option some additional appeal. As Leafly reported, in last month’s midterm elections, nearly 70% of Oregon counties opted out of allowing psilocybin treatment centers. At least some of that result was driven by the fear of local Shroom Houses opening in local communities.

Nearly 70% of Oregon bans psilocybin, but clinics will still open next year

In Colorado, which voted to legalize psilocybin for therapeutic use this November, counties cannot opt out of treatment centers, but can limit them via zoning policies.

“This is like someone opening a cocaine store on Burnside,” State Sen. Elizabeth Steiner (D-Portland), a proponent of legal therapeutic psilocybin, remarked in frustration to Willamette Weekupon setting eyes on Shroom House.

What’s the timeline for legit legal shrooms in Oregon?

While Oregon will begin offering legal psilocybin for adults in early 2023, don’t expect to see the state approve a shop like Shroom House anytime soon.

Furthermore, several media reports note that Measure 109 does not explicitly decriminalize gifting—a model used in gray-area cannabis markets around the country—where a customer buys an arbitrary item like a sticker or an NFT, and the shop throws in the mind-altering product “free of charge.”

Amanita muscaria remains the only legal mushroom to buy

Anyone looking to buy legal mushrooms from a retail storefront (or online) in the United States currently only has one option: Amanita muscaria, also known as fly agaric.

This psychedelic mushroom does not contain psilocybin. Instead, it contains a related compound called muscimol. Since the United States bans psilocybin, and not the mushrooms themselves, amanita remains legal in every state (except Louisiana).

In September, a store in Florida called Chillum began selling amanita capsules and gummies. They source their products from a company called PsiloMart, and adults can legally purchase those products online.

Muscimol has a reputation for being less potent than psilocybin, and you can read more about the product here.

As with the ingestion of any psychoactive substance, we recommend that consumers start low and go slow.

Max Savage Levenson likely has the lowest cannabis tolerance of any writer on the cannabis beat. He also writes about music for Pitchfork, Bandcamp and other bespectacled folk. He co-hosts The Hash podcast. His dream interview is Tyler the Creator. 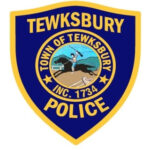 2 arrested in Tewksbury for alleged fentanyl trafficking
Next Article 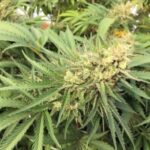