If cannabis is as American as apple pie, then hemp at least as American as the American flag. That’s because cannabis’s non-psychoactive cousin is literally sewn into the fabric of the country. Historians say that the first American flags were made from hemp, and it was a commonly grown crop in the early days of the country, present even on the plantations owned by first and third US Presidents, George Washington and Thomas Jefferson. And while America’s relationship with cannabis is dissonant today, it wasn’t always that way. Here’s a brief primer on the history of hemp (and cannabis) in the USA.

400 years ago, hemp was actually considered essential to the success of colonialism. British trading ships were never without a store of hemp and by 1619, it was considered a patriotic duty to grow the crop. That fact isn’t surprising when you know how useful hemp is. Hemp is one of the oldest domesticated crops known to man. It can be used to make health foods, body care, clothing, construction materials, plastics, and more. It required less water and no pesticides, making it easy to grow, adaptable, and environmentally friendly. The Virginia Assembly passed legislation that every farmer had to grow hemp, and it was even considered an acceptable form of tax payment. Domestic production continued through the 19th century until after the Civil War, when other crops replaced hemp in industrial goods.

American production of hemp was strongly encouraged through the 1890’s in order to support the production of rope, sails, and clothing. After the 1890’s, marijuana became a popular ingredient in medicines, and was sold outright in public pharmacies in the early 1900’s. In 1906, Pure Food and Drug Act simply required that medicines be labeled if they contained cannabis.

The image of cannabis and hemp began to change in the 1920’s. The shift was, unsurprisingly, rooted in racism. While American farmers previously had no issues with enslaved black people growing hemp to support the economy that changed when Mexican immigrants came to the states in droves after the Mexican Revolution of 1910. They bought with them the recreational use of marijuana, thusly creating an association in the public imagination with immigrants. Crime, on the rise due to the Great Depression, was attributed to these immigrants and the “Marijuana Menace”. A flood of research appeared linking marijuana usage with crime, violence, and deviant behavior of the “lesser races”, a characterization that continues today despite roughly equal usage by whites and non-whites.

Hemp production was banned throughout the United States due to the Marijuana Tax Act of 1937, but during World War II, hemp experienced a brief resurgence as a bumper crop through the “Hemp for Victory” Act. Hemp was considered key to production of marine cordage and other military equipment once necessities became scarce. The US Department of Agriculture even granted draft deferments to those who stayed home to grow hemp, but the support was short lived and cannabis users were classified as counter cultural degenerates. But after the war, it was back to the business of demonizing marijuana use.

Stricter sentencing laws came about in the early 1950’s and continued through the latter half of the 20th century and into the 2000’s with the War on Drugs. This continued despite mainstream drug use in the 1960’s, repealing most mandatory minimums in 1970, and the Shafer commission’s attempts to decriminalize weed in 1972. Medical Use of marijuana was ?legalized in California in 1996 and other states is currently medically legal in most states, and decriminalized in most states, while remaining a Schedule 1 drug- read illegal- at the federal level. The ACLU’s most recent report on the state of marijuana use in the states shows that black people are still 3.64 times more likely to be arrested for marijuana possession, even though usage rates are roughly equal.

The relationship between the US government and hemp remains complex. Hemp is still produced, and is even used to make some flags today. On July 4th, 2013 a US flag made of hemp flew over the Capitol building in support of the proposed Farm Bill, which passed the House and not the Senate. In 2018, an updated Farm Bill passed, making it legal to grow the crop industrially and opening up room for the industry to grow. Consequently, hemp production increased, and CBD products flooded the market. But acquiring cannabis, hemp, and CBD based products can still be dicey, and federal enforcement of stated laws remains murky, but I’m hopeful that we will see full legalization in our lifetime. 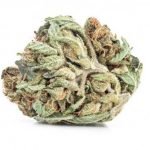 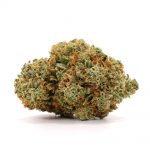