Have you all heard of the amazing work of Paul Stamets. He is an American mycologist, one who studies mycillieum and an amazing scientist. Especially, as he has never been to university but, he is the leading researcher and patent holder in the field of mushroom research and applications. There is an amazing documentary called “Fantastic Fungi” featuring much of his research. Recently they did a panel discussion on Zoom an posted it to youtube as well.

I am new to understanding this natural phenomena. If you don’t know mushrooms are the spores, the top “flower” of mycelium fungi. What are mycelium? Mycelium can be seen as the roots and brain nerve cells of fungi. Mycelium extend through the ground and earth substructure just as our brain neurons extend through the mind.  Fungi are not plants or animals. They are a unique life form to Earth. We are going to look at mycelium and cannabis growth, medicinal mushrooms and CBD, and using medicinal mushrooms in cannabis infused cooking. Just like the science of terpenes, the science of Mycelium and cannabis is expanding daily.

Let’s look at cannabis production. I am not a grower, but I find it relevant to understand how mycelium may assist in producing cannabis void of toxins and more nutrient rich. I appreciate the information provided by Royal Queen seeds on, how Mycorrhizae fungi can improve cannabis plant health and strength. Again, mycelium have intelligence that seeks out nutrients from the soil, can transform toxins to life giving carbon, and protects plants from invaders.

Specifically, Mycorrhizae fungi can form a symbiotic alliance constructed of both the mycelium and the roots of a plant. They work together. The fungi feeds off the glucose and sugars in the cannabis plant. As the fungi grows the mycelium extend deeper into the soil and bond wit the roots to provide the plant more water and nutrients from the soil as well as a defense system against invading microbes.

Medicinal mushrooms are growing in popularity and have seen an increase in production for consumer use. I appreciate the research done by MaryJane.com on, how an Israeli company is combining CBD with mushrooms to treat illness. For example, Lion’s mane mushrooms have been identified as brain healing food. Altzheimer’s patients older adults are taking it to improve cognition and neuron activity. Combining Lion’s mane with CBD has been identified as some as means wean from excess cannabis smoking (this has not been studied but, some individuals report it helped).

Turkey Tail mushrooms combined with CBD are being cultivated to treat cancer. An interesting fact about Cannabotech, the company developing these methods is that the company is using crowd-source funding to generate this research. So ideally, the company will not be controlled by big Pharma or some other corporate structure once technologies are created…ideally. The research on mushrooms and healing is regenerating.  There was a time when psychology prescribed psilocybin extrcat from mushrooms for mental distresses. However, America’s blind “war against drugs”, eliminated much university research into mushrooms and cannabis as well.

I am entering the world of medicinal mushrooms from a culinary standpoint. Instead of ordering the extracts or pills I ordered fresh lion’s mane, lobster mushrooms, and Russula xerampelina, also known as crab brittle-gill or the shrimp russula. Lion’s mane looks like a Lion’s mane. The mushroom has long stringy hairs like…of course, the mane of a lion

Fresh Lion’s mane is quite filled with water. To cook with it helps to press the water out by hand. I saw a method where two skillets were used. Put the mushroom in a arguer skillet and put a smaller skillet on top to let gravity press the pan down gradually and water will seep out. I pressed mine by hand. My guy at Select Co-op has cannabis oil for sale so I’m grabbing that next time down. Once the water is pressed out it is easy to chop it into a steak to marinade, into pieces to stir-fry, or in chunks to make a burger or crab-cake. Lion’s mane has a subtle shellfish flavor.

I purchased Lobster mushrooms as I heard the actually taste like lobster. I had to try that. The taste is subtle. However, fried in butter and put on a roll or a wrap with some Old Bay and it does taste “shell-fishy”. Again, I am going to fry this up and drizzle it in some infused oil. I have not received the shrimp russula yet. It is also said to taste like shellfish. In addition, shrimp russula is said to be a powerful internal cleanser and kills parasites.

The field of mycology, the study of mycelum and all of its aspects (fungi, mushroom, lichen, etc.) is a field in its infancy. Many traditional societies and cultures knew much more about the world of fungi than “modern medicine”. Just as new and young as the study of mycelium is scientific study into how marijuana’s affects can be enhanced by food and terpene compounds. There is much to learn with how we can use marijuana with many food sources. Incorporating medical mushrooms into your diet can add a new protein source and balance the effects of 4:20 dosing as well. Exactly how is being explored…join the exploration!  4:20 out! 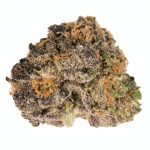