Facts on the NFL and THC 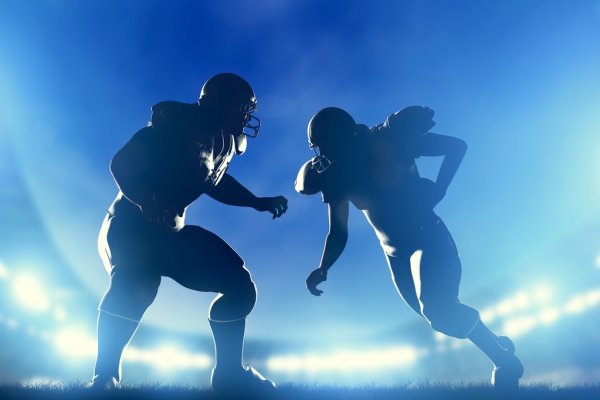 Let’s talk about these brothers and how they can’t stop smoking that “weeeeeeeedddd” in my Stephen A. Smith voice. The NFL training camp may or may not be under-way soon. COVID-19 is surging and we shall see its continued impact. But let’s talk about how the NFL has finally let these dudes just be.

I have had a major ankle surgery. It took numerous surgeries actually. The opioids I was prescribed to, I stopped using after a few days. I still felt pain, but was more disconnected from my body. When I was able to get some flowers the Sour Diesel helped more as I did not feel drained and lethargic like the opioids made me feel. If a professional athlete, a football player that has the impact of a car accident happening numerous times in a few hours, needs relief from pain and recovery it is ridiculous to not offer all options.

So congratulations, NFL. The NFL has changed its marijuana policy. First of all they have quadrupled the level that qualifies as a failed test. Now a player must test 150 nanograms as raised from 35 nanograms. I know you all are clear on how much a nanogram is. I believe there is a binary component to it. Like Nano Nano as Robin Williams would say as Mork. Anyway, I know!… So off break they are saying we don’t really want to catch you guys so don’t show up having just been getting blasted for weeks before camp.

Previously NFL players were tested for marijuana during the off season from April to August. I don’t even get that. It is the off-season, but that is another article about control of athletes in sports. Now NFL players are tested the first two weeks of training camp. That is saying get clean to arrive to work then stay clean for a couple of days of testing. I remember the hoopla over Josh Gordon. I don’t follow the details of football like I do basketball. I thought this dude was a hard drug user. OK, I read he got popped for P.E.D’s. However, I also understand how football and combat sport participants have to prepare. For recovery they all walk a fine line of legal supplements versus P.E.D’s. however with that debate aside, I was like Josh Gordon was out of the NFL for “the weeeeeedddddd”. Like dude from the Wire, “shiiiiiiiiitttttt”.

As Espn.com informs us …” But most importantly: Players are no longer suspended solely for marijuana. If a player were to test positive, his case is reviewed by a panel of medical experts who determine if the player needs medical treatment”. Okay, a less controversial case than Josh Gordon is Mike James. It is simple. If Mike James would have been playing now he would not have been suspended for choosing to use marijuana for pain management over opioids. Think how many players’ careers have been affected or even ended for the political motive of stigmatizing their use of marijuana?

It’s cool the NFL has upgraded the levels they consider a violation. It’s cool the NFL is not suspending players. But why even have marijuana as a violation at all? Does the NFL test for alcohol abuse. I looked… NO. The NFL does not test for abuse of the pharmaceuticals players are prescribed to manage pain as many players have revealed being hooked on the pain medicine. Let me be clear, I don’t think they should have to submit to any testing outside of banned performance enhancing drugs; but if the concern is health and dangerous substances then why test for marijuana and not those elements? It is ironic many of the cities that house an NFL team are in places that have legalized marijuana; yet NFL players in the same city still have to submit to testing for it. Happy 4:30 y’all.

Help Those Imprisoned For Marijuana