Headlines, news reports, and social media is full of people crowding airports, trains, and rentals trying to get in some travel after a year or more of restrictions. With all the shortages and inconsistent service, you might be thinking about bringing some weed with you. After all, weed is legal in more states than ever before and cannabis legalization is now a global movement. At the latest count, recreational cannabis is legal for adults over age 18 in 16 states and the District of Columbia, and medical marijuana is legal in 36 states. So that must mean that cannabis is more widely accepted than ever and fine to travel with as the world opens back up again, right? Wrong. If you’re assuming that you can now travel with cannabis on hand if you’re traveling to or from a state where cannabis is legalized, think again. The march towards cannabis legalization continues, and it is easy to envision a not too distant future where the drug is legalized completely in the United States. However, that day hasn’t come just yet.

Despite growing acceptance, the US is still a patchwork of legality, which means bringing weed across state lines, let alone taking it to another country, can put you in a legal bind of trouble if you do not prepare properly. Read on for some key legal considerations to keep in mind, how to transport weed, and some minor tips for how to best store weed to begin with.

Let us start with the obvious facts:

Even though weed is legal in some capacity for 33 states, that leaves 17 states in which it is not. The three largest states which ban marijuana completely are Texas, Georgia, and North Carolina, and those places have had higher travel traffic than normal since they released pandemic era restrictions earlier than most states. Most people can thus figure out that transporting weed from a weed-legal state to one of these states is a bad idea, if you’re traveling any way where your luggage has to go through a security check. If you’re driving, the risk is probably lower, but if you’re flying, it seems like a very bad idea.

Now road trips aren’t a fail-safe method. What is less obvious is that transporting from one weed-legal state to another weed-legal state, such as from Oregon to California or New York to Massachusetts, can also put you at risk of serious legal trouble. The borders between these states, as well as the interstate highways, fall under federal jurisdiction and weed remains illegal federally. Not to mention, cops frequently target out of state plates, especially from weed legal states, on a holiday weekend. So, if you’re caught with cannabis, federal laws- i.e. felonies- could apply.

If you are caught, it’s good to know the consequences that could occur if you get stopped. Level of punishment depends on how much you are carrying, whether it is your first offense, and the nature of the stop. The DEA officially states that even for a first offense, transporting less than 50 kg of marijuana can merit a maximum penalty of 5 years in prison and a $250,000 fine. Even if a federal officer is in a good mood and chooses to let you go, your weed – and by extension, your money – will almost certainly be confiscated, which will easily kill your vibe.

Cannabis legalization is heading in the right direction, but there is a long way towards full legalization. Some officers of the law still have a hard on for out of towners passing by who want to smoke up, or who are even just carrying their own medical cannabis for treatment. Be super careful, carry your medical card, or better yet, just link with a well recommended plug once you’re at your destination. Manage any and all smells and just be cool to have safe travels this summer.

Australia to allow magic mushrooms and MDMA for limited medical use 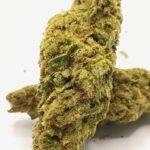 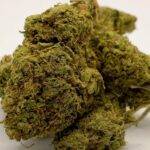