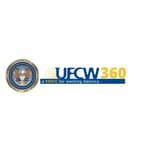 WEST BERLIN, N.J.–(BUSINESS WIRE)–United Food and Commercial Workers (UFCW) Local 360 is pleased to announce the decision by workers at Harmony Foundation, and its Harmony Dispensary in Secaucus, NJ., to unionize as members of UFCW. Harmony employees can now add their names to the quickly growing ranks of UFCW Local 360 from across New Jersey’s young marijuana economy. Recently, Harmony announced its intention to expand into the adult use marijuana market, and to open locations in Hoboken, Jersey City – as well as a new cultivation site in Lafayette.

“It’s great news for these workers, and their families. They carefully considered, and then selected, the career-supporting benefits that come with joining Local 360,” said Hugh Giordano, UFCW Local 360’s director of organizing. “From making sure that sick and suffering patients get the help they need, to educating them on how to properly experience the benefits of medical marijuana and supporting the expansion of this industry, they’ve shown their commitment to the promise of the cannabis economy.”

“Across the cannabis industry, a new generation of workers is discovering that bona fide labor unions play a critical role in properly balancing the needs of employees, communities and employers,” said Sam Ferraino, Jr., UFCW Local 360 president. “This vote is not just a show of support in the promise of unions to positively impact businesses, families and communities, it’s also a declaration in support of high operating standards and a diverse and skilled workforce with good working conditions.”

“We’ve always said that UFCW supports cannabis industry workers from seed to sale,” added Giordano. “And with a company like Harmony, that’s clearly the case. They’re already a name in medical marijuana, with their own cultivation and dispensary operations, and they’re actively looking to expand, both geographically through new stores and by entering the adult use market. It’s the right time to join with Local 360, and we’re proud that these workers came to the same conclusion.”

From seed to sale, UFCW is a recognized leader in organizing cannabis industry employees and is the official AFL-CIO designated cannabis labor union. Representing tens of thousands of cannabis workers in dispensaries, labs, delivery, manufacturing, processing, grow facilities and more, UFCW works with employees and business owners to achieve the shared goal of a regulated cannabis industry that delivers family-sustaining jobs and is focused on social equity.

About United Food and Commercial Workers: The UFCW International Union represents over 1.3 million hardworking families across the U.S. and Canada. These members work in essential industries such as Retail, Warehousing, Manufacturing, Healthcare, Transportation, the Public Sector and Cannabis. 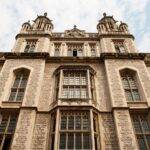 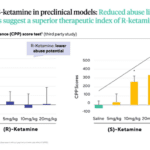