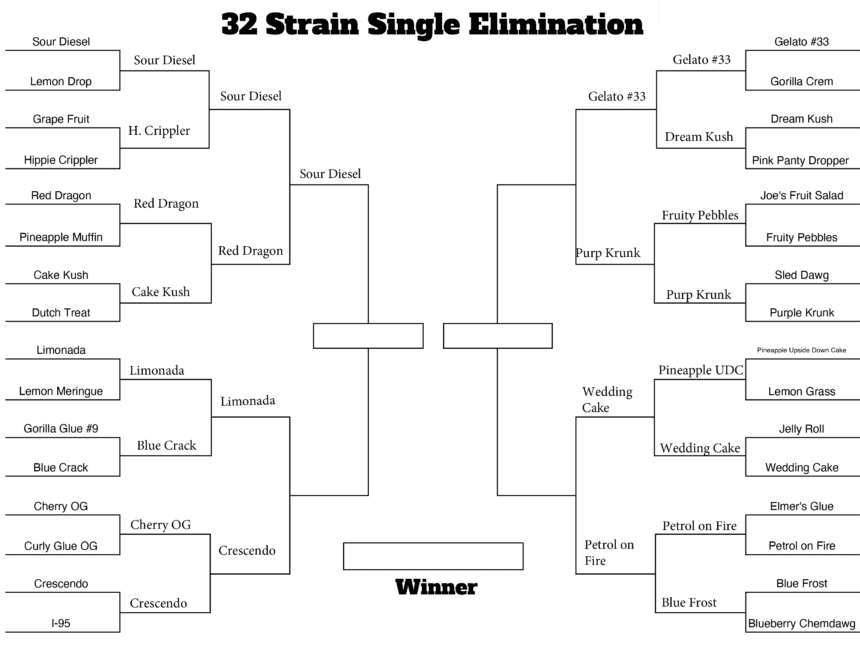 In the 1st matchup of the Elite 8, Sour Diesel squared off against Red Dragon. The number 1 seed from the Sativa bracket was tested early, but eventually prevailed. Throughout the early rounds of the tournament the sticky buds of Sour Diesel, birthed from Chemdawg 91 and Super skunk solidified itself as one of the most pungent strains of all time. The mix of zesty lemon, gasoline and funky skunk makes Sour Diesel a favorite of veterans of the game. Viewers are left feeling energized and uplifting while still getting the desired full effect resulting from a THC level of 22%.

No matter if you are winding down at night, busy during the day or just waking up to the early morning sun, Sour Diesel has proven itself to be a bud for anytime of the day. Being a Sativa dominant strain at 90% Sativa and 10% Indica, Sour Diesel has been known to be the perfect “Wake & Bake” strain. Whether you need an afternoon pick me up after lunch or a boost 1st thing in the mourning Sour Diesel is that go to strain. Another great attribute of Sour Diesel is that it’s been accepted by the medicinal community for its ability to improve the mood of individuals dealing with depression, chronic pain and stress.

Red Dragon, appearing in the tournament for the 3rd straight year has nothing to be ashamed of. On most nights the sweet and spicy aroma of Red Dragon buds would take down most competitors. Even though the strain is Sativa dominant, the 40% of Indica leaves the viewer high for hours before calmly seducing the user into a stoner comma. The Red Dragon lineage can be traced back to a blend of Utopia Haze and West Himalayan, thanks to the Barney Farm which has been around since the mid 80’s. With early wins over Cake Kush and Pineapple Muffin, Red Dragon has positioned itself to be a fixture in future tournaments.

Tune in Next week for another round of tournament games as we look forward to Gelato #33 vs Purple Krunk. 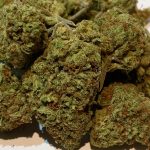