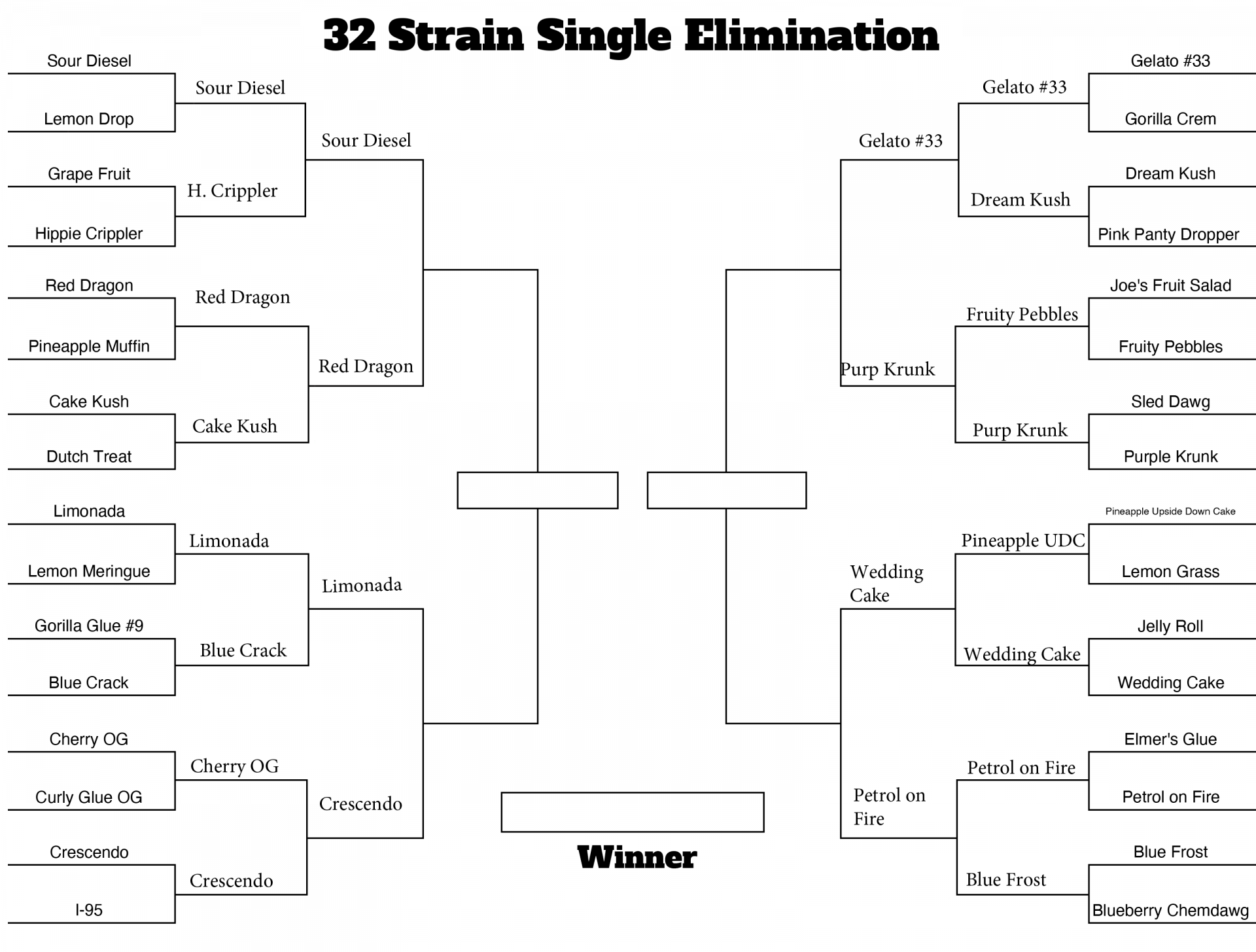 Heading into the 3rd weekend of the 32 strain Tournament many buds have come and gone. We are now down to the last Elite 8 buds from around the Nation. The #1 seed, Gelato #33 had an easy matchup in the Sweet 16 versus Dream Kush. Even though the strain is known to be 80% Indica dominant, being a mix of Blue Dream and Captain Krypt, taking down Gelato #33 was too heavy of a task.

The best matchup of the weekend was between Wedding Cake and Pineapple Upside Down Cake. Many thought that the newcomer on the market, possessing a unique terpene profile and hailing from the world renowned Humboldt Seed Company would come out on top, as Wedding Cake came into the matchup as a slight underdog, but was able to prevail late and will look to continue its winning streak against Petrol on Fire.

On the Sativa side of the bracket Limonada, AKA The Original Lemonade, pushed past the addictive Blue Crack in a lit matchup between Sativa heavyweights. Limonada has a tough matchup with Crescendo in the Elite 8, but if it’s able to advance to the next round the industry will be looking forward to a potential battle with PG County’s favorite, Sour Diesel!

Red dragon being a new comer to the tournament has made a name for itself with the win over Cake Kush. The exotic looking flower features a sweet fruity aroma that left the viewers in a giggly, upbeat haze. Boasting a genetic makeup of West Himalayan Kush and Utopia Haze, Red Dragon is a proud child of the Barney Farm from the Netherlands.

Tune in for another exciting weekend of games as the Final 8 buds will look to battle it out to be crowned as the #1 bud of 2020.