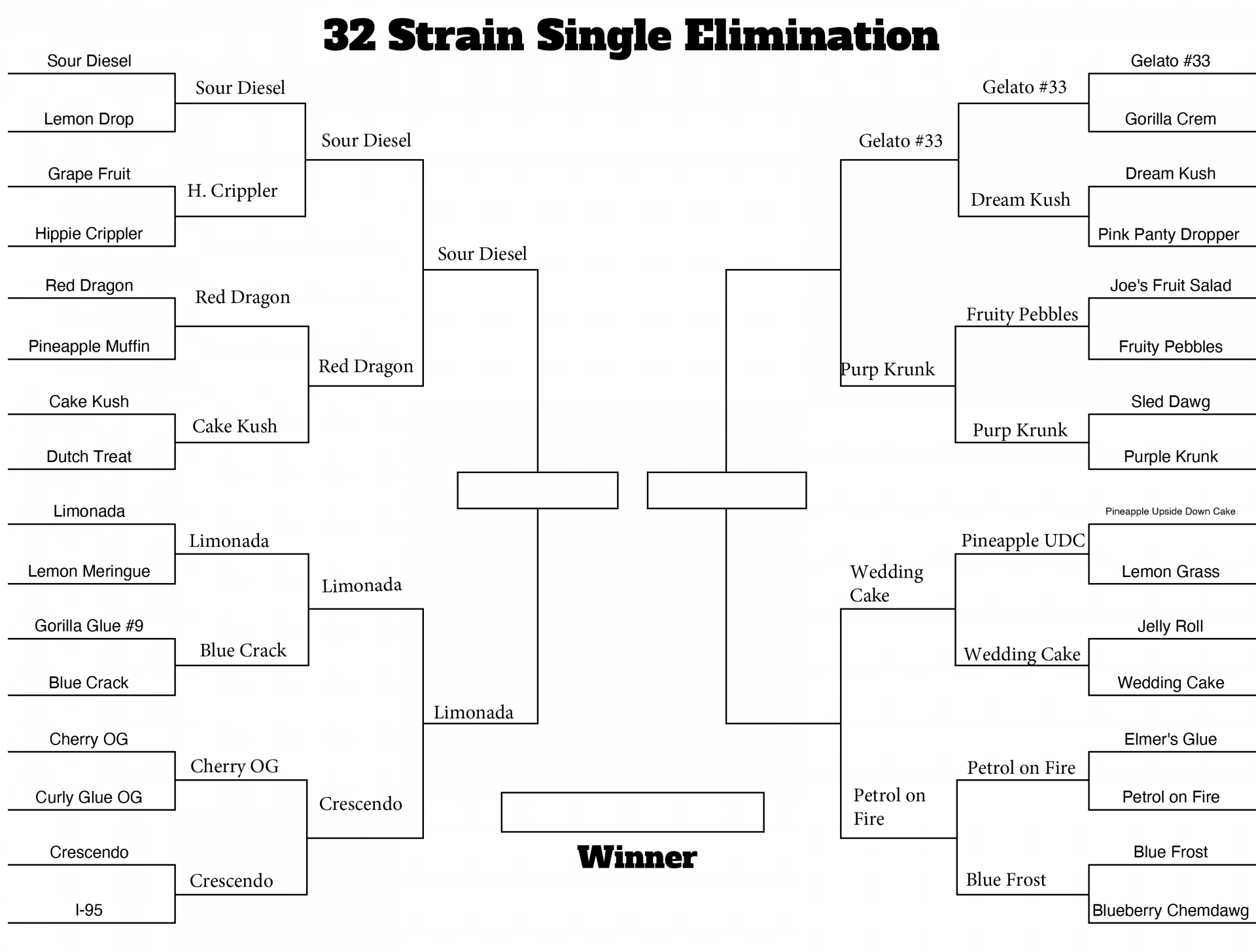 The 2nd matchup of the Elite 8 was a blunt burner featuring Limonada, AKA “The Original Lemonade” and Crescendo. With THC levels of over 23% it’s no wonder why Limonada has cruised through the 1st couple weekends of the tournament. Viewers from across the country have raved about the uplifting mental stimulation followed by a cerebral head high. The fruity zesty lemon taste makes Limonada a favorite of the wake and bake crowd, but can be enjoyed anytime throughout the day.

While keeping viewers on the edge of their seats the orange-haired densely packed buds of Limonada left the crowd screaming “Ooh Wee”, while smiling and frowning all at the same time as a result of the loud pungent citrus aroma. Fans experiencing issues with depression, chronic pain, and inflammation can puff with confidence knowing that Limonada has been touted as being great for medicinal use.

After its most recent win in primetime over Cherry OG many thought that Crescendo would advance to the Final 4 with a win over Limonada. Staking claim as 1 of the best Sativa Hybrids in the nation, Crescendo boasts a THC level of up to 35%. Even with a higher than normal THC level the Sativa dominant strain leaves viewers with a hazy and uplifting trip into wonderland that some may describe as being “smacked”! Pros and novice alike should take head to the creeping effect of Crescendo as it has been known to hit hard initially while also intensifying over the course of the night. Because of its popularity amongst fans and respect from opponents we should expect to see Crescendo in tournaments for years to come.

As we look forward to future matchups, the battle between Limonada and Sour Diesel has the making to be 1 for the ages. The 2 Sativa giants have made it easy work on the field and will battle it out to represent the Sativa side of the bracket in the Championship game.

How To Know When It’s Time For A Tolerance Break

The Top 10 Sativa Weed Strains In DC| What Is A Sativa?