A few weeks ago I saw a distraught mother on the news. She was incredibly upset because her 6 year old had accidentally eaten an edible gummy while on a trip to her in-law’s home, where 30-40 friends and family had gathered. All of the adult weekend visitors were medical cannabis users and had various forms of weed on them for their needs. The little girl, who had been swimming with the other kids, fell into a deep sleep, and everyone thought it was totally okay until one of the family members noticed that one of their edibles were missing. The group deduced that the little girl had eaten an entire THC gummy, which was 50mg. 50mg, if you don’t know, is enough to knock out a grown man for hours. It’s roughly 5 times what has become the standard dose in weed gummies.

The little girl vacillated between being unresponsive and seizing. They called 911 and rushed her to the hospital. Her family spent a long, harrowing night in the hospital, but ultimately, the little girl was fine. The mother reported that even after tons of hydration over a two day period, the after effects were still apparent in her urine. After the experience the mom decided to sue the manufacturer. According to the woman, her daughter had been enticed by the bright packaging that was extremely similar to real gummies. The packaging was just too close to that of real candy.

This story doesn’t quite add up to you, you’re not alone. I, too, was a little bit suspicious of the woman’s story. Who doesn’t know that cannabis can get you high? Once I realized a kid was involved, I got it more. Kids don’t necessarily comprehend the effect that certain substances will have on them. A little kid is highly unlikely to be reading nutrition facts, to understand what cannabis is, or to understand what it does. But I’m not certain that the answer is to sue the manufacturer. The woman’s point was that if the packaging were more like medication, that kids would be less likely to reach for it. But before the 1970s, kids used to get into the medication bottles all the time. It’s what eventually led to the Poison Prevention Packaging Act (PPPA), and the childproofed bottles you see in every aisle.

Still I’m not convinced that suing is the way to go. Tons of medical marijuana users and kids around, you’d think that at least one of the adults would suggest to put any and all medication in one designated hidden spot. I think if their stuff was kept out where a 6 year old could both find it and get into it, I think the blame for that falls more on the adults present than it does on the manufactures. Especially with that level of potency. I do think there is room to re- think cannabis packaging, but a little kid will eat a button off the floor. Making the packaging look like medication might not do a damn thing. Now, I did see a pack of gummies made to look like an American Express card recently, and I think the average kid is way more likely to ignore something that looks like a boring financial device than a medication.

I might get flamed for this but at the end of the day, the little girl was ok. That doesn’t mean we should all run out and give weed to kids. If it happens accidentally, the best course of action might be to call 911 or poison control as directed. Cannabis fatalities aren’t known to exist, and although she was strongly affected (because duh- she was 6!) she was able to walk away without any lasting effects. Cannabis should be treated like alcohol- locked away and not accessible to kids. When kids get into the tequila bottles, no one sues, because it’s understood that it’s on the parents to control the access. The industry has to catch up with the changing legislation, but for now, that type of protection falls upon the parents. ? 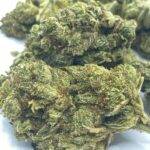 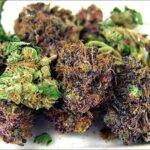