Even when I don’t have anything on me, I get a little bit anxious when drug sniffing dogs come around when I travel. I’m not exactly what you would call a dog person, although I do like most dogs. Now police dogs tend to be German Shepards and I was bitten by the neighbor’s when I was a pre-teen, so it’s not my favorite breed. They tend to be bred and trained early as professional drug sniffers, and seeing them at the airport is enough to give even the most casual smoker some pause. Now that weed is being decriminalized and legalized in many states, the need for cop dogs is declining. In Virginia, they are being forced to retire as legal weed begins to take effect. Drug sniffing dogs are going the way of elevator attendants.

These dogs are trained from an early age and since their sense of smell is 2,000 times stronger than a human’s, they can even smell drugs inside the human body. Even though they don’t personally care about the weed themselves, they are actually searching for their favorite toy. They learn to associate the smell of cannabis with their favorite toy and learn to paw at it to signal. It’s nothing personal on the dog’s part, they’re just trying to get their treats. Now that doesn’t mean it’s all innocent, there has always been allegations and even some studies that have shown that drug sniffing dogs are being cued to alert. Although, while dogs can certainly sniff out cannabis and actual hard drugs, they also work exclusively with their human partner and get to know them well, which can mean they are influenced by unspoken cues, like most dogs.

In Virginia, thirteen dogs from the state police K-9 unit are being retired. Some are replacing their current squad with newly trained pups that only recognize the harder stuff like cocaine and heroin, while others are disbanding their K-9 units altogether because they can’t add $15,000 to the budget that a newly trained dog would cost, and apparently the dogs can’t be retrained. Expect this to continue since more than 30% of states have legalized cannabis in some form, with more to come. Their retirement couldn’t come at a better time. The dogs who are trained to sniff them out have no idea anything has changed, since they are, well, dogs. So the only possible outcome is that people who are carrying legal weed are going to be identified by the dogs unless something switches up.

This change is fine with me. I mean, why we ever using drug sniffing dogs for weed in the first place? Drug sniffing dogs tend to get a lot more false positives than those who sniff for mines or explosives, and that’s because their handlers tend to have fewer preconceived notions about where an explosive might be located but, “drugs”, especially weed? Well, that’s a lot easier to guess who that might affect. There has been no incentive to get high accuracy anyway, because the dog’s initial signal that there could be cannabis somewhere on the person or property of someone could easily open the door for a more thorough search. The disparities in weed arrests and felonies are well documented, so it’s clear that an officer’s preconceive notions about whoever they are searching could color the outcome.

I’d like to think that these retired drug sniffing dogs might get to spend the rest of their years hanging out at dog parks, going on long walks, and just generally not spending their time unwittingly putting people behind bars. Maybe their new owners might be the kind of people who enjoy with some CBD pet treats? That’s the kind of irony I could really go for. 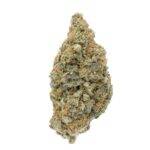 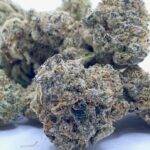