In this weeks featured matchup between Do-Si-Dos and Citrus Sap smokers were blessed with a classic matchup between Indica and Sativa. Do-Si-Dos being the Indica dominant hybrid strain that starts out as an intense head high while gradually overtaking the body. Coming from the Girl Scout Cookie family, Do-Si-Dos is an eye catching strain that possesses a pungent aroma mixed with a rich an earthy smell. While having all of the great qualities from GSC, it’s the intense body high from family member Face Off OG that brings about the comatose state. With THC levels getting as high as 30%, Do-Si-Dos can be overwhelming for the most experienced of smokers. Well known for inspiring bouts of creativity and focus, Do-Si-Dos is great while chilling in the crib solo or while out during social events. The balanced high from this world renowned strain makes it great for a variety of different environments. Like most Indica dominant strains, Do-Si-Dos can be used to treat stress, depression, and chronic pain.

New to most smokers, Citrus Sap is a Sativa dominant strain with a tangy orange aroma and taste that gives a burst of energy after a few puffs. With THC levels commonly testing up to 25% the full bodied high from Citrus Sap can be attributed from one of its parent strains, Gorilla Glue. The high produced from Citrus Sap is great while listening to music or watching a movie and can leave the most experienced of smokers lost in thoughts while day dreaming. Citrus Sap also has medicinal uses as it is great for treating insomnia, mild pain, anxiety and the loss of appetite.

As we look forward to next week’s matchup between Do-Si-Dos and the winner of 4 Kings and Diesel Wreck. 4 Kings like Do-Si-Dos is an Indica dominant strain that is a favorite of Kush smokers as it is the love child of Triple OG and L.A. OG Kush. As for Diesel Wreck, the name stands true to the aroma and flavor as it comes from the Sour Diesel family and packs that pungent diesel aroma with a hint of Lemon Kush.

As we come closer to the completion of the 1st round of the tourney, stay tuned as we march 1 step closer to the March to Madness Tournament. 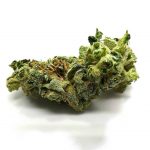 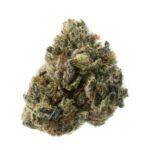