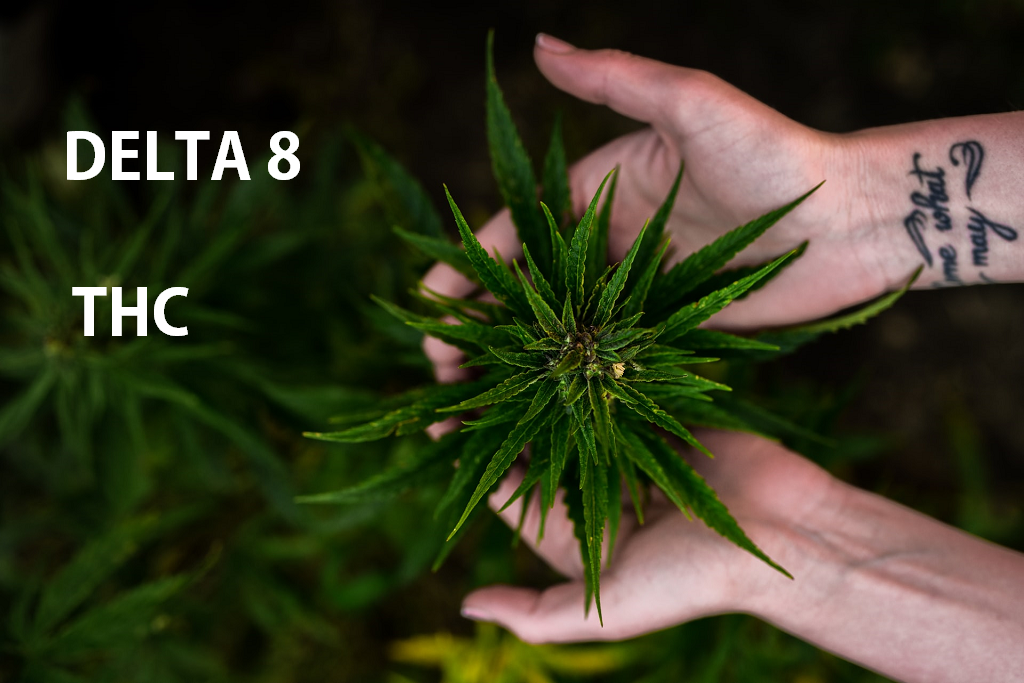 Tetrahydrocannabinol and cannabidiol, better known as THC and CBD, are the best known cannabinoids in the cannabis plant. You know them, you love them, and they’re pretty much the stars of 420, due to their efficacy in causing euphoria, relaxation, and happiness- better known as the high. THC’s scientific name is delta-9-tetrahydracannbinol, or delta-9 THC and is the best known compound in cannabis. However, as well-known as THC is, science has recently uncovered it’s relative, delta-8 THC, and it’s becoming so commonly available that you can get it in your coffee in some shops. Delta-8 THC is a compound that is derived primarily from the hemp plant, and it exists naturally in small quantities in the cannabis plant.

Delta-8 is found in trace amounts in cannabis and hemp plants, and as hemp is legal to grow anywhere in the US and more readily available, the cannabinoid is often sourced from that. CBD is extracted from hemp and refined into an isolate, and then CBD isolate is synthesized into delta-8. As such, delta-8 requires more processing and is more expensive to make than CBD, but this increased production cost is balanced out by the high demand for it.

The difference between delta-8 THC and delta-9 THC is efficacy. Delta-8 can cause similar effects as plain old vitamin THC, but they will be much less potent. Both forms of THC bind to the body’s endocannabinoid system, creating the heady feeling associated with the high. They are chemically similar, with both variations sharing a double bond, but the placement is different. Delta-9 bonds on the ninth carbon, while delta-8 bonds on the eighth carbon, which is thought to make the high weaker. That’s right, it does make you high, but like, a body high. However, it’s a fair loophole for those with draconian cannabis laws.

So what are the effects of delta-8? It’s the same effects as THC, like euphoria, happiness, and pain relief, and it does induce sleep. It also has the same side effects- dry mouth, red eyes, paranoia, and short term memory loss. You’re probably saying to yourself that it’s 420 this month, and you want to get as high as possible as much as possible this month right? I say hold up. I think of delta-8 as a wine cooler, perfect for a hair of the dog or a little relaxation. Nobody pounds shots every time, so to me there’s room for a little less potent THC, at least sometimes. It’s even thought to reduce the impact of THC-induced paranoia that keeps some from medicating with cannabis.

Is delta-8 THC legal? That depends on who you ask. The 2018 farm bill legalized the cultivation and extraction of hemp all over the United States, effectively rendering delta-8 THC legal in all 50 states. However, delta-8 can be extracted from either cannabis or hemp, which makes its legal status hazy. Nearly all delta-8 THC on the market today is extracted from hemp-derived CBD, so it should be considered, for all intents and purposes, federally legal. This means that you can send and receive it through the mail, but some producers may not choose to ship to each state, on a case by case basis. Weirdly, some states that have legal recreational cannabis laws don’t always allow delta-8.

There’s still a ton of research to be done on delta-8 THC. It’s a relatively recent discovery and it can be hard to find. There’s still not a lot of incentive for products to be transparent about sourcing and to disclose exactly what they are. Quality, tested products usually have a QR code or batch number on the box that allows you to look up test results on the producer’s website. Stay away from products that aren’t tested or have questionable test results, as you won’t know if they even contain delta-8, and they could contain other unnamed substances. Although legally there’s a lot to work out, there’s clearly demand. Have you tried delta-8 or know someone who has? Do you want to give it a shot? Don’t be shy, share below

Getting To Know THC… Aka the Ingredient That Gets You High