What is Delta-8? No, this is not an article about the COVID variant at all! Delta-8 THC is a chemical compound closely related to what we commonly know as THC (Delta-9 THC, the mind altering chemical in cannabis). “Some call Delta-8 THC marijuana light”, as the Wisconsin State Journal recently reported.

Delta-8 is reported to offer a milder, but still euphoric high like Delta-9 THC. Daniele Piomelli, director of the Center for the Study of Cannabis at the University of California-Irvine states, “It’s a good educated guess both THC compounds, which bind to the same brain receptors, have similar psychoactive effects”, said Piomelli. Daniele Poomelli has a doctorate in pharmacology the Wisconsin State Journal reports. Let’s be very clear. We teach children in elementary science that a “Hypothesis” as an educated guess. It is still a guess! Which means he does not know because it has not been studied.

To be more accurate, Piomelli went on to state “with minimal research conducted on the traditionally overlooked delta-8, Piomelli said “we really don’t have the type of data that we need to be able to affirm that with certainty.”  Piomelli went on to share the center recently received its first research paper on Delta-8. Simply put they know little to nothing about the use of this compound.

Business advocates of Delta-8 THC claim that that the cannabis market is threatened by this product expanding and canceling cannabis sales. The advocate from NORML quoted above also wants to open a store selling Delta-8 products as reported by the Wisconsin State Journal. “The legal cannabis industry, ironically, isn’t thrilled with delta-8 THC,” Robinson said. “It’s a real disrupter because of the price point, because of anecdotal similar efficacy and relief that it provides in regards to delta-9 THC. It’s really quite similar.”

However, let’s look at what science has to say about it. Daniele Piomelli, director of the Center for the Study of Cannabis at the University of California-Irvine calls this trend of Delta-8 a “misguided ruse” to circumvent regulation of the product. He states “I’d rather the people use delta-9 THC, which we know and understand, and then use it responsibly because we know what the risks are, in terms of acute risks and long-term risks, rather than now experimenting on a relatively different compound, (about) which we have so little information.” I shall stick with the tried and true THC. Select Co ops edibles and concentrates are all Delta-9 THC based. No weed lite for me… Folks don’t know what it will do in the long-term. 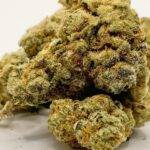 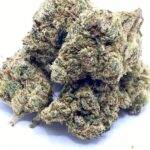