Wow! So Virginia legalized recreational cannabis but no one can sell it. The Marijuana Moment reports “,…personal possession and home cultivation of marijuana became legal in the commonwealth last year”. Home cultivation had folks thinking they would have a forest in their homes. However, then folks realized the best home growers (if you are doing it legally) will have a scant supply. Then folks realized it is hard to get seeds.

Contents
No Selling in VirginiaBanning the Best

No Selling in Virginia

The Marijuana Moment via the Mercury reports that have led to a wide variety of products that may or may not be legal being sold in retail outlets. Gas stations, health food stores and marijuana retailers sold mislabeled products that contained illegal amounts of delta-9 THC marketed as the supposedly legal delta-8 counterpart.

The state of Virginia wants to play with and control my weed! Like Big Perm, I mean Big Worm said…”that is like playing with my emotions”. The Marijuana Moment also reports “the General Assembly failed at finding a path to starting recreational marijuana sales this year, but a bill outlining stricter regulations for retailers selling what one lawmaker called “juiced-up” synthetic products made its way through the legislature last week with bipartisan support”.

Notice the alleged focus is on these “juiced up synthetic products”. However, the Marijuana Moment goes on to report “the bill, which is now before Gov. Glenn Youngkin explicitly bans sales of any substance that contains more than 0.3 percent or .25 milligrams of THC per serving or more than one milligram per package. The measurements would apply to any naturally occurring or synthetic version of THC…”

Did we get that? The statement is any naturally occurring or synthetic version”. Let me share something with you all. I like Pancake Ice strain. This is a cannabis flower. This strain tops out at 35%. I am an aficionado of Chemdawg strain as well.  This dynamo can top out at 32% THC levels. You see where I am going with this right? Virginia would seek to ban the best cannabis flowers before they even legalize recreational sales.

I live in Northern Virginia. That being said, none of this affects me considering there’s Select Co-op. I take advantage of Initiative 71 in Washington DC. Since i’m subscribed, I can drive into DC after scheduling my gift pickup from the DC delivery. I can legally receive a gift up to two ounces. In fact, I could grab some Pancake Ice from them today! If I was deep in Virginia or anywhere within a couple hours drive from DC, I would take advantage of this as well. For more information about the DC Delivery Dispensary, click here. 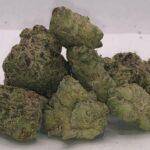