Danksgiving Is What Happens When The Internet Ruins Your Favorite Holiday 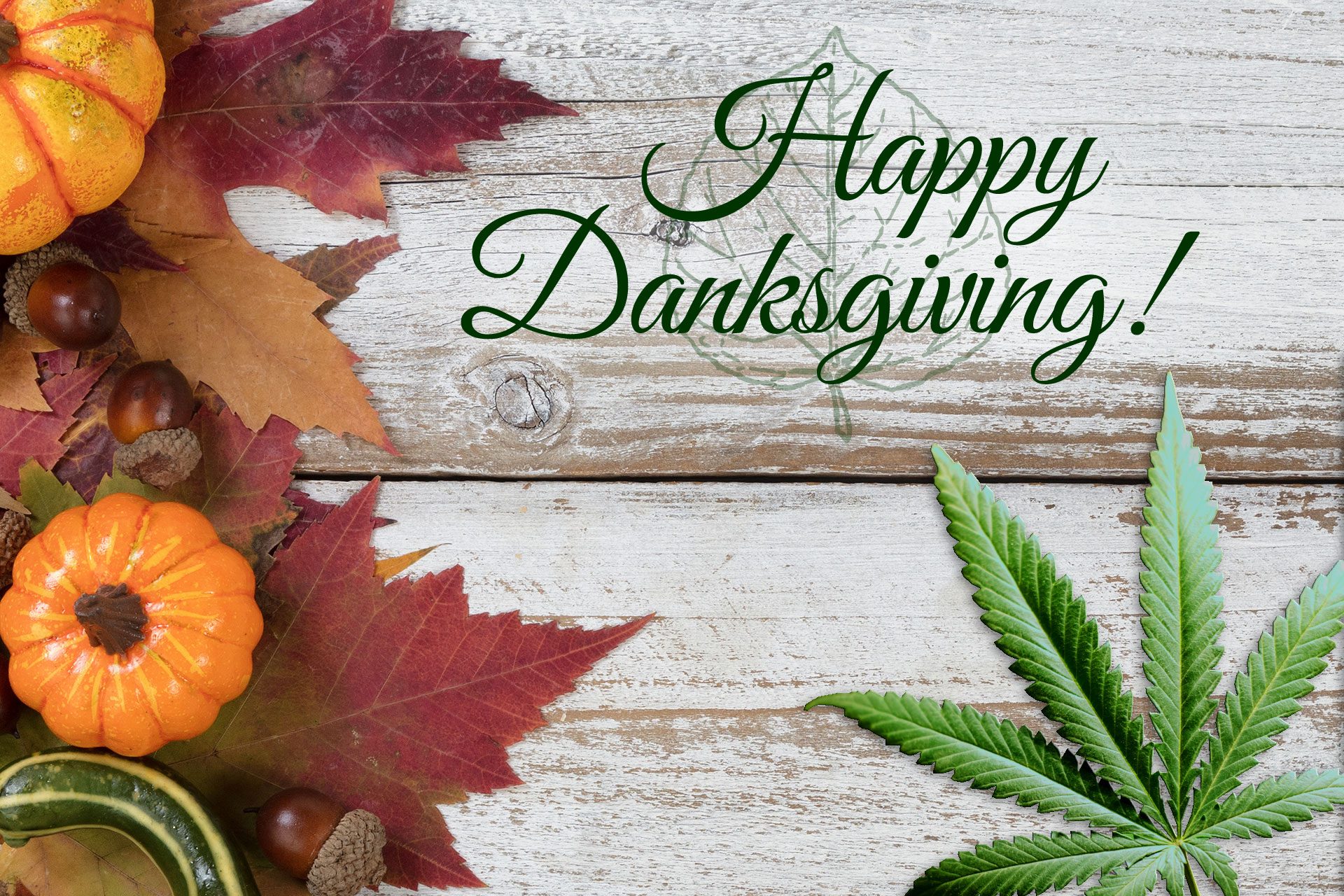 I am a major fan of Thanksgiving. When the weather turns cold, I instantly think of leaves crunching, camping outdoors, and my favorite week of the year. Food, fun, and football? Yes please, sign me up. I even think that the week of Thanksgiving doesn’t exactly get all the credit it deserves. Of course, there’s the big turkey day itself, but as an added bonus, the holiday itself is also sandwiched between one of the biggest party days of the year (the Wednesday before) and the biggest shopping day of the year. Ecommerce has even extended better known the enjoyment to Cyber Monday, which is increasingly my go to for shopping. But while lots of pot lovers get high as fuck to get ready for the main event—weed sales are highest on the Wednesday before the holiday as people stock up—one cringy holiday trend is picking up steam: Danksgiving.

That’s right, Danksgiving, a portmanteau that combines the name of the annual turkey holiday and the word dank, which indicates a particularly pungent smelling strain of weed. The date to which the event refers is nebulous. It can be applied to the actual Thursday, or to the Sunday after, on which pot lovers convene to consume as much cannabis laced Thanksgiving food as they can. In any case, the goal is to get as high as possible and consume a Thanksgiving feast.

Take my weed card if you want to, but this is what happens when the internet ruins your favorite thing. Danksgiving literally sounds like something a high schooler’s wish list, or something you do your first year of college, and never again. I understand as much as anyone that this year has been a doozy. But people, Danksgiving is not the answer. After all, we have 420 in April, 720 in July, and Thanksgiving in November. That’s right, Thanksgiving, not Danksgiving.

Please pardon me while I go on a rant worthy of Grandpa Simpson. *Puts on hat and cane, shakes fist at sky. *

Whatever happened to just getting together with family and tagging along to take a “trip to the store” with your cousins? Piling into the 15-year-old car and hotboxing it for a half an hour, then coming back to the house high as fuck? Attracting the wrong attention from your Grandma, who yells at you for being high when you come back empty handed? Call me a curmudgeon, but those are the good old days. No need for a Martha Stewart- style menu. *End rant*

But seriously though, coming together and eating virgin food while high as shit is enough for me. If you regularly consume edibles, what’s the point of having turkey “pot” pie, sky high pie, and “green” bean casserole? Sure, a lot of people will be spending Thanksgiving in a smaller group than normal, or even in isolation, but who needs every single thing they eat to be weed laced? If this sounds judgmental, it’s not meant to be. It has been a crazy year and if you want to lace your entire thanksgiving spread, who am I to stop you?

You might be asking, what about Friendsgiving? Admittedly, gathering together with friends makes something like this a lot easier, so if you really want to come together with friends, slather everything in canna- butter and go crazy, then. But let’s not call it Danksgiving. ?Or if you do, just don’t invite me. I’ll be somewhere in my house, wrapped under a blanket, high as fuck, eating pumpkin pie. And that’s the way I like it.

Let’s All Stop Smoking Blunts, Shall We?