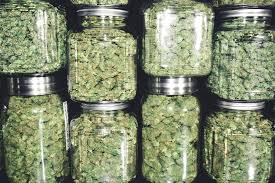 Any hopes that D.C. may soon legalize the sale of marijuana for recreational use are being put on hold again.

As part of a $1.3 trillion must-pass federal spending bill unveiled Monday night, Congress will continue to prohibit D.C. from passing any bill legalizing or regulating marijuana sales, which Mayor Muriel Bowser and multiple members of the D.C. Council have said they would like to do. The prohibition—which was first put in place in 2015—will now extend through at least September 2020.

The news that the prohibition was again included in the spending bill—which Congress is expected to approve on Tuesday—dashes the rising optimism felt earlier this year by D.C. officials when the ban wasn’t even included in the House’s version of the measure, largely because Democrats controlled the chamber for the first time in years. But it was instead inserted into the Senate version, and remained there after negotiators from both chambers hashed out a compromise bill needed to prevent another government shutdown later this week.

“Ridiculous,” tweeted Mayor Muriel Bowser on Monday night. “We should have the right to implement #SafeCannabis just like other jurisdictions do to promote safety for their residents.”

Eleven states across the U.S. have legalized the sale of marijuana for recreational uses, and New Jersey voters are set to decide next year whether the Garden State should follow suit. Lawmakers in both Maryland and Virginia have started discussing possible legalization, though it wouldn’t happen for a few years. Nationally, polling shows that two-thirds of Americans support marijuana legalization.