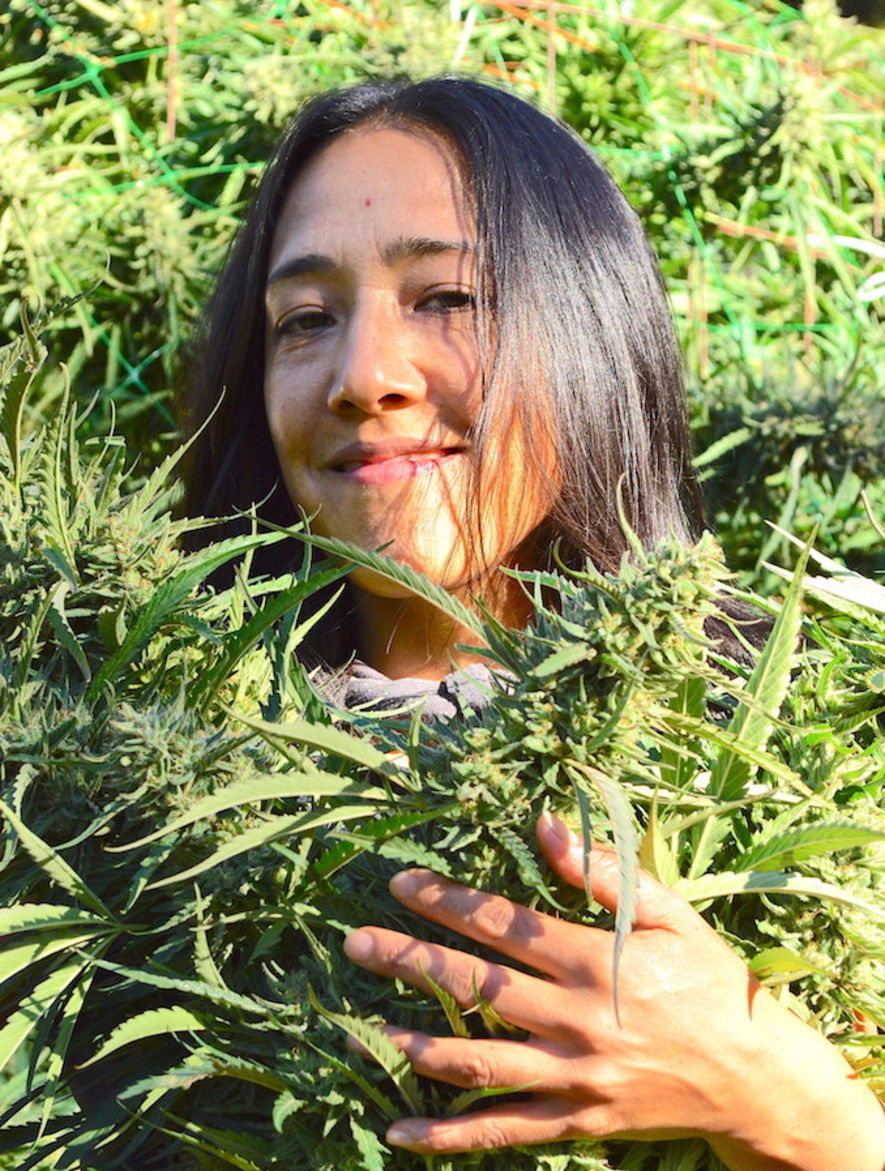 It is Women’s History month, which means it’s time for mass posting girlfriend groups all over social media and talks about the gender pay gap, but there’s one gap we never talk about, and that’s the gap between men and women in the cannabis industry. I saw a meme recently that read “Legal Marijuana might be the first billion dollar industry that is not dominated by men”. My reaction was confusion. How is that possible when most of the women in the industry are growers competing against bigger manufacturers? When women aren’t at the table making the investment decisions? I don’t want the impact of women in weed to go the way of those pink pussy hats that were everywhere back in 2017- ubiquitous, but ultimately meaningless.

Women of all economic backgrounds have always been in the world of cannabis, from the everyday woman drinking her “herb”-al tea to Queen Victoria, who was prescribed cannabis to treat discomfort associated with her menstrual cycle. Why not, when cannabis is known to soothe the negatives of many women-specific experiences. However; over the last decade, as legal cannabis has made strides, women’s presence in the cannabis industry, has dipped and spiked. When Colorado and Washington led the way in legalizing recreational use of cannabis in the Unites States in 2012, female entrepreneurs came from far and wide to make their mark on the industry. Their backgrounds and motivations were diverse: some had decamped from other, unrelated industries, some were recreational users wanting to apply their knowledge in a new way, and some had been or were in some way related to those who had been affected by stringent drug laws. Five years later, 26% of cannabis businesses were female owned or led, a full 7% higher than all businesses in the US.

However; as it stands today, there’s still plenty of space and opportunity for women, particularly women of color, to get into the industry. The most recent studies show that 81% of weed businesses are owned by those who classify themselves as white, compared to just 6% held by Latins and 4% held by African Americans. According to a 2019 study published by Marijuana Business Daily, “Women & Minorities in the Cannabis Industry”, they found that women hold 37% of senior executive leadership roles in the cannabis industry, up from 26% since the last survey conducted in 2017. In comparison, women held just 21% of executive leadership roles for all businesses in 2018. Now that’s just in the business of cannabis, to say nothing of the women who have lost partners, spouses and important people in their lives due to stringent incarceration parameters that are only now just starting to lift.

Women do have opportunity to grow in the cannabis space, and not just as growers or by owning dispensaries, although we definitely need that. Some may ask what about the doctors, scientists, and the supply chain can women add to the growth of this industry? My biggest concern is that too many women might look at the growth of this industry, see that it’s full of bros and the increasing big manufacturers and say forget it. I really hope that doesn’t happen, because this is one industry where you actually have a chance to get in on the ground floor. I want to see women stand out for pursuing their ambitions and facing challenges in an industry of leadership disparity and mainstream skepticism. From community education, to investing in cannabis business, then to creating brand strategies meant to destigmatize the industry at large. These trailblazing women are leaving a mark on the industry that will last for years to come. I at least want to hear “Mommy needs a Jay”, become as common as “Mommy needs a glass of wine”. No, it’s not the same as being a CEO, but it’s just as valid and shit, women have at least earned that.

Is Cannabis Safe During Pregnancy?