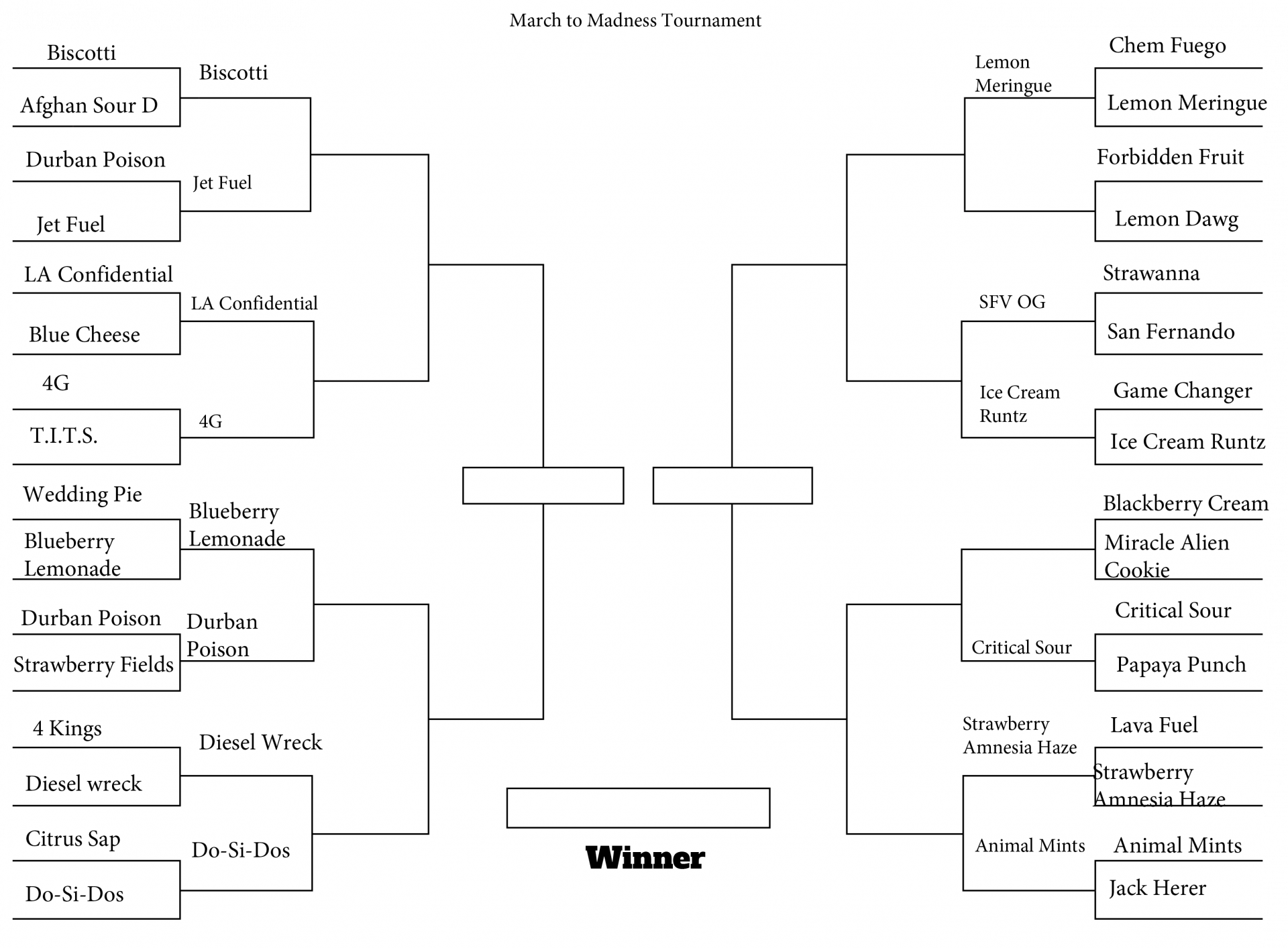 One of the last matchups of the 1st round featured 2 Indica dominant strains with Critical Sour facing off against Papaya Punch. When 1 of your parents goes by Sour Diesel the other parent does not matter. True to its name the sour aroma mixed with a distinct diesel taste makes Critical Sour one of the most mouthwatering strains on the market. Be sure to have some smell good oils on you as the pungent diesel smell lingers throughout the day. The initial high from Critical Sour starts off as an uplifting energy boost and gradually turns into a full body relaxation. Due to the energy boost and THC levels that commonly test in the low 20’s, Critical Sour is a great strain for treating fatigue, depression, insomnia and mild to chronic pain.

Papaya Punch being an Indica dominant strain gives off a calming mental high that is ideal for winding down at the end of the night as well as reading a great book or a night on the town with friends. The aroma from Papaya Punch is of a basket of citrus fruit with a hint of cheese. The high from Papaya Punch is often compared to that of a great Sativa as it provides mental clarity without the brain fog. Papaya Punch is also great at relaxing the mind and body and leaves the smoker in a hippie mellow mood. Similar to a caffeine spike from coffee be prepared to be slumped in the couch after the energy boost subsides. With THC levels ranging up to 30% be prepared to fade off into a sweet dream as the sedative powers of Papaya Punch overwhelm your body.

As with most good Indica strains it’s hard to pick 1 over the other, but Critical Sour comes out on top for no other reason than the Sour Diesel lineage. When you come from a Championship strain such as Sour Diesel it’s hard to overcome. As we look forward to next week’s matchup between Lemon Dawg and Forbidden Fruit we have 2 great strains that can be simply called body snatchers as both are well versed in putting smokers in a comma by the end of the night.

Tune in next week as we getting closer to the 2nd round and move 1 step closer to crowning a champion of the March to Madness Tournament.