The MORE Act is getting another push towards federal legislation. A coalition of advocacy groups and civil rights groups are urging congress to vote on the bill by the end of the month as reported by the Marijuanamoment. It is to be noted that we should review what the MORE Act is…

The Marijuana Opportunity Reinvestment and Expungement Act; often referred to as the MORE Act is federal legislation to legalize cannabis. The bill would also retroactively expunge low-level cannabis offenses and seek means to support communities and individuals adversely affected by the past prohibition as NORML documents. The MORE Act was first proposed in some form over 50 years ago.

The Leadership Conference on Civil and Human Rights (LCCHR) sent a letter to House leadership on Friday expressing their concerns as reported by the Marijuana Moment. The LCCHR is composed of the ACLU, the NAACP, as well as other prominent civil rights organizations. As the MORE Act has cleared the chamber last year and has been refiled the LCCHR expressed it is “imperative to promptly pass the MORE Act”.

The LCCHR also expressed “the circumstances of this past year have made the War on Drugs even more untenable and amplified the voices of those demanding transformation in our criminal-legal system”, as reported by the Marijuana Moment. Is that soft language for it being blatant hypocrisy how the states and federal government are profiting off of legal marijuana while still selectively punishing individuals that consume it? Is it an acknowledgement that during COVID it was the cannabis industry that propped up many regions while still being federally “illegal”?

The LCCHR continue by highlighting, “In the face of a growing national dialogue on discriminatory law enforcement practices, including the disproportionate policing of drug use in communities of color, transforming our criminal-legal system and redressing its harms is more relevant and more pressing than ever before,” in its submitted letter. Specifically the letter calls out “The War on Drugs”. This “war” has been exposed as an assault against communities of color and working class communities.

The coalition points out that while states are capitalizing and earning revenue, mass incarcerations under the guise of cannabis are still being utilized. Removing cannabis from the Controlled Substances Act would effectively legalize it. I still find it darkly comic that Biden’s white house interns were fired for disclosing cannabis use they were encouraged to disclose. The madness of hypocrisy must stop! 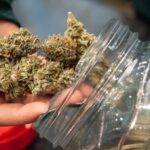 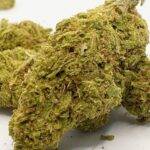