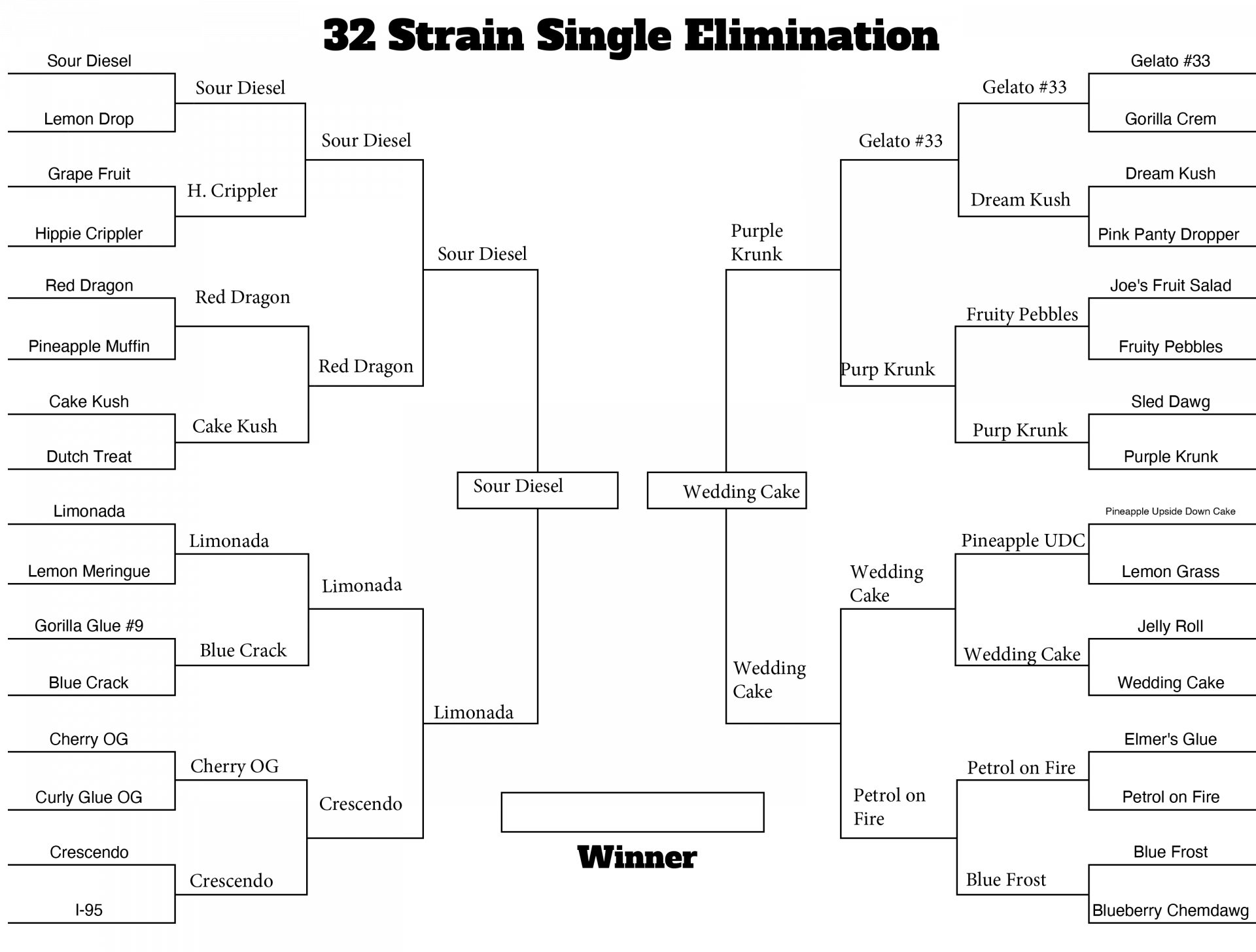 Finally, after months of waiting we are down to the Final 2 strains. In an epic matchup, Sour Diesel overcame a late surge from Wedding Cake to once again finish the year as the Nations #1 Weed Strain. With a zombie following from coast to coast Sour Diesel has been a staple of cyphers over the years. Commonly referred to as Sour D, this strain has a reputation as being a hard hitting, fast acting Sativa dominant strain. The combination of the uplifting euphoric effect and deep body high has given Sour Diesel a legendary status amongst long time smokers and those new to the game. New smokers should tread lightly with this Champion Strain as it commonly leaves the best of smokers in a “zoned out” state of mind. With its ability to provide relief from depression, stress and chronic pain Sour Diesel has become a favorite for medicinal patients in recent years. With THC levels reaching up to 25% some smokers mistake Sour Diesel for an Indica strain. After your 1st whiff of the gasoline aroma, you immediately understand where Sour Diesel got its name.

Not many strains have the street cred and years of experience in the community to dispatch of Wedding Cake like it’s nothing more than a bag of 90’s Reggie filled with stems and seeds. Being an Indica dominant strain Wedding Cake is commonly known for its ability to provide a relaxing full body high. Unlike, Sour Diesel which is known to be a favorite of the wake and bake crowd, Wedding Cake is a strain more suited for the end of the day when productivity is no longer a part of the agenda. Anytime that you can boast that you are a child of the world renowned Girl Scout Cookies, it should be a given that a case of the munchies soon followed by a full bodied coach slumping is on the way. Because of its extremely high THC content smokers quickly find themselves giddy and lost in a mental rambling that non-smokers may describe as a case of the looney bin. As the hours pass and the effects intensify smokers will either find themselves deep in a creative activity or waking up the next morning from a good night’s slumber.

After a spectacular tournament run, highlighted by wins over Pineapple upside Down Cake and Purple Krunk viewers should expect to see Wedding Cake as a fixture in future tournaments. As for the pre- tournament favorite, Sour Diesel has only added to its legend as a go to strain amongst marijuana connoisseurs. Once again Sour Diesel was able to breeze through the field outside of its matchup against Limonada in the Final 4 and Wedding Cake in the final contest of the season. When it was all said and done, once again Sour Diesel has finished the year on top and holds the claim as the #1 Strain of 2020!

Toking on the Gram with Jigga

I Failed My Drug Test And Still Got Hired