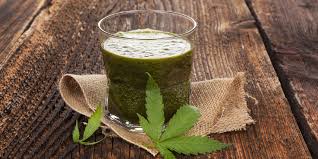 You might remember a few years ago that the answer to almost any internal issue seemed to be green juice. Feeling sluggish? Green juice. Want to lose a couple of pounds? Green juice. I still have green juice every now and then, but now there’s evidence to suggest that there is a benefit to keeping my very favorite green plant raw. One such benefit is access to cannabidiolic acid, or CBDa, which could be the next big thing in anti-inflammatory medicine. Read on to find out more.

Cannabis flowers go through major transformations as they dry. CBD is present in every cannabis strain, but does not exist in its final form in the cannabis plant until the plant is cut, dried, and heated. During the growth cycle CBD exists as a minor cannabinoid, called CBDa. Raw cannabis flowers are those which haven’t been dried, cured, or heated. Most research around this compound has focused on the final form of CBD, which means the information on the minor compound itself is somewhat limited. However, early research shows that CBDa might be even more powerful than CBD when it comes mental and physical pain and discomfort.

Inflammation is a natural response in the body to injuries, toxins, stress, and injuries. But it becomes an issue when the inflammation is prolonged, leading to a chronic condition. Those with chronic inflammation conditions frequently experience fatigue, fever, rashes, pain. Lab research on cell cultures shows that CBDa has great potential as treatment to chronic inflammation conditions like arthritis and, since it is a selective COX-2 inhibitor. This means that it plays a role in the development of pro inflammatory compounds called prostaglandins. These are the same enzymes targeted by over the counter NSAIDs like ibuprofen, naproxen, and aspirin. A 2008 study showed that CBDa was even more successful than its counterpart, THCA, tetrahydrocannabinolic acid.

Raw cannabis juice might also be good for an upset stomach or even cancer treatment. While natural remedy devotees turn to ginger to sooth nausea, a 2012 study in the Journal of Pharmacology found that CBDa reduces nausea behaviors in rodents, and reduced vomiting in shrews. It was even more effective than CBD in quieting a nauseous digestive system. In a different study from that same year, CBDa was found to effectively halt the migration of breast cancer cells. This means that CBDa could stop cancer cell migration, which could stop the disease from spreading to other parts of the body, at least in theory. A follow-up study in 2014 had similar outcomes and found that treatment with raw CBDa diminished the expression of breast cancer genes and down-regulated the COX-2 enzyme, that is known to amplify breast cancer migration.

In addition to its usefulness as a treatment for physical pain, CBDa could be useful in treating mental anguish as well. One biopharmaceutical has a patent on CBDa for the treatment of mental health issues, including PTSD, schizophrenia, and other types of psychosis. It turns out that it’s surprisingly simple to integrate CBDa into your routine. It can be found in tinctures and uncured raw flower. Apparently, it can be blended into garnishes, smoothies, cold sauces, or just used like parsley as a garnish on your favorite dish. So, if you’re thinking about blending it into your green juice, don’t hesitate. Plenty more research is needed to find the full extent of applications for CBDa but as it stands today, there’s nothing stopping you from testing out the potential of CBDa on your own terms.

Mile High 420 Fest returns in April, but you have to be 21 to attend 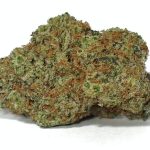