We are all aware of the massive voter turnout that happened this 2020 election season. Whether or not you as a reader wants to accept the ousting of the incumbent POTUS is a situation I hope you are dealing with my friend. But whether you vote red or blue, voting green was an established theme this election. Cannabis legislation received more votes in myriad states than either presidential candidate according to the Marijuana Moment.

Let’s look at some cases in point. In Arizona adult-use marijuana legalization passed with 1,951,8777 votes. I still find the term “adult-use marijuana” ridiculous. Where is there “child-use recreational marijuana” being promoted?… Anyway, in Arizona neither Biden or Trump topped 1.7 million votes. I declare cannabis the winner by a landslide.

Let’s look at Mississippi, a state considered one of the most conservative states in this country, with one of the worst prison systems in the world with life expectancy, not in this country… The world. In Mississippi medical cannabis legalization received almost 30,000 more votes than Trump. I think Nina Simone would say, “Mississippi Goddam!”

Let’s look at Washington DC. Now, Washington DC already has recreational cannabis legal. This voting season they took things a step further. Washington DC approved a [proposal to decriminalize a wide range of psychedelics (many associated with mushrooms). Washington DC is a liberal Democratic city so to beat Trump in DC is not very difficult. Looking at the Senate run-off races though, these outcomes will affect if the Republicans control the Senate… And will have a great affect on if Washington DC is left to continue it’s local legalization outside of federal government control. 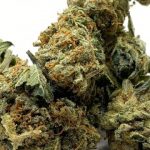 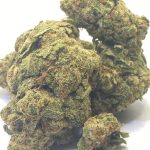