Contents
Analyzing Creativity via Divergent Thinking2,141 Ways to Use a BrickEvaluating Others’ CreativityApply For Your Medical Marijuana Card TodayResearch Limitations and Opportunities

Christopher Barnes, one of the study authors and a Michael G. Foster Endowed Professor at the University of Washington, explains that cannabis is a topic that is usually ignored by the applied psychology research literature:

“We [the researchers of the study] thought there might be some more nuance to the topic, and that the research literature should be expanded accordingly. A natural first step was to examine cannabis and creativity, given the common belief that they are linked.”

PsyPost, which reported on the study, explains that the participants were first expected to indicate whether they were “happy” and “joyful” at the moment before engaging in the alternative uses task, which is a “well-established measure of a type of creativity known as divergent thinking.” The participants were asked to come up with as many creative uses as they could for a brick in 4 minutes, after which they were to provide a self-assessment concerning their [perceived] creative output.

Two researchers and a group of 430 individuals (randomly recruited via Prolific), considered to be the raters, viewed the 2,141 ideas generated by the participants for the use of the brick. The researchers and raters were blind to the experimental conditions; in other words, they did not know the purpose and specific parameters of the experiment.

The participants who began the experiment within 15 minutes of cannabis consumption (the “use condition” group) were more likely to report feeling happy or joyful compared to those with the 12-hour gap between consumption and the beginning of the experiment. Additionally, the participants who were more likely to report being happy or joyful also rated their ideas as more creative—which the researchers attribute to an elevated mood.

However, PsyPost explains that even though the “use condition” group was more jovial, it “did not translate into increased creativity.” This is because the raters found the ideas from both groups to be equally creative. Thus, the researchers concluded that cannabis probably does not affect actual creativity but rather the perception of creativity. Barnes told PsyPost, “Cannabis probably won’t actually make you any more or less creative.”

A second study, presumably by the same research team, was conducted to see if the findings of the first study could be replicated and extended. This time around, a group of 140 participants was split up into two groups again under the same conditions (one group began the experiment 15 minutes after having consumed cannabis, and the other group had a 12-hour gap between consumption and starting the experiment).


The most noteworthy difference between the first round and this one is that the participants were not asked to complete an alternative use task. Instead, the participants were asked to complete a measure of cognitive functioning known as the Sternberg memory scanning task, explains PsyPost. This Sternberg memory scanning task involves completing a work-focused creativity task.

The researchers explained this work-focused creativity task as such: “Participants were instructed to imagine that they were working at a consulting firm and had been approached by a local music band, File Drawers, to help them generate ideas for increasing their revenues. They were told that their goal was to generate as many creative ideas as possible in 5 min.”

Much like the first round of studies, the participants were required to complete a self-assessment that would provide insight into indicators of their creative output. Unlike the first round, the participants were required to evaluate fellow participants’ ideas as well. The overall results revealed that were was no significant impact on cognitive functioning, but they did find more support for the notion that cannabis impacts the perception of creativity.

This round found that the participants who were under the influence of cannabis were giving “more favorable evaluations” on others’ creativity when compared to the group with the 12-hour gap between consumption and assessment. Barnes states that “cannabis will make you think you are more creative, and make you think others are more creative as well…” All in all, this may not be a bad deal.

There are a few things to keep in mind regarding this study. The control group was technically the group that had 12 hours between cannabis consumption and the experiment, but it would have been even better to include a third group that had not consumed cannabis at all within the last three months to ensure that cannabis was not an influencing factor.

The report also fails to answer some questions that are critical to evaluating the results. What amount of experience did the participants each have with cannabis? Exactly how much cannabis was consumed by the participants—both the control and “use condition” groups? What cannabis products were used, and how was the cannabis consumed? Considering the vast array of available cannabis products, these details play a big role in the outcomes of the experiment.

Nonetheless, the findings of these studies are exciting. Even if cannabis doesn’t directly enhance a person’s creativity, it at least holds the potential to make the person feel more creative, making it a solid option for kicking writer’s block and other forms of mental blockage to the curb. Next time you’re stumped, perhaps give the green a try. 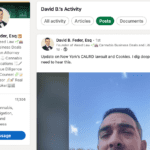 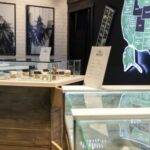