Cannabis has been associated with a lot of malarkey over the decades. Yes, I said malarkey. Meaning, empty rhetoric or insincere or exaggerated talk. Cannabis is associated with stoners and criminal behavior just as a stigma. Well this here ain’t no malarkey!

A rioter, no an insurrectionist, no a terrorist…. Let’s just say one of those folks that ran up in the Capitol on January 6th committing too many felonies to count, is connected to the cannabis industry. At first I am like why is this woman being associated with anything I engage in; but let’s look at the Cannabis Capitol Rioter.

The Midland Reporter-Telegram reports that as Jenny Cudd live streamed her and associates breaking into and ransacking Nancy Pilosi’s office she was being identified as a major partner in a cannabis firm. Cudd is a former mayoral candidate from Midland Texas where she resides. Cudd owns a flower shop there as well, not cannabis, flowers!

However Cudd has presented herself as part-owner of a cannabis consulting company. Cudd has made youtube videos promoting her ties to the “Summit Boys”. The firm is said to be working to open dispensaries in Oklahoma.

Cudd is also listed as the point of contact on certain platforms as well the Midland Reporter indicates. I find this mazingly humorous how many CEO and/or corporate executives in America have been fired or forced to resign after running up in the Capitol. I guess some people are so entitled they think after committing federal felonies on camera they would not be held accountable.

The Summit Boys has not responded to any requests for media interviews. Cudd has said on record, “She did not break any laws”, and “went inside the Capitol completely legally”. OK. We will see if the FBI agrees with her. Although, Cudd may be involved with cannabis, I suspect she is smoking something else! You can’t make this stuff up! 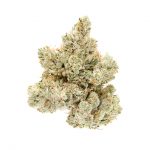 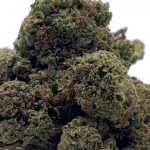