The MORE Act has been unveiled? What is the MORE Act? The Marijuana Opportunity Reinvestment Expungement Act has been a legal ideal for decades in this country. For over 50 years the National Organization for the Reform of Marijuana Laws (NORML) has been advocating for the repeal of laws relating to cannabis and criminal legal statutes. The MORE Act has gone through changes and revisions over the years.

This week Senate leader Chuck Schumer, Senator Cory Booker, and Senator Ron Wyden presented the draft legislation to repeal the federal prohibition against marijuana (NORML reports). The draft is not titled the MORE Act but embodies some of the principles the MORE Act sought to accomplish. The draft is entitled the “Cannabis Administration and Opportunity Act”.

“The days of federal prohibition are numbered,” said NORML Executive Director Erik Altieri. The Executive Director of NORML went on to say” Americans are demanding that Congress take action to end the cruel and senseless policy of federal prohibition. It is time for legislators to comport federal law with the laws of the growing number of states that have legalized the plant, and it is time for lawmakers to facilitate a federal structure that allows for cannabis commerce.” The Cannabis Administration and Opportunity Act intends to make numerous changes to current federal policies. A key element of the bill draft is “state’s rights.”

As NORML reports, the Cannabis Administration and Opportunity Act would allow and direct the US Attorney General to remove marijuana from the federal list of banned entities on the Controlled Substance Act. However, states are left to determine their own policies towards cannabis. There may be states where cannabis is still used as means to incarcerate people of color and lower-income citizens. States would not be allowed to restrict interstate commerce of “legal” marijuana though. Interesting, some states may still lock up people for smoking it but won’t be able to mess with the feds ganja!

The Cannabis Administration and Opportunity Act proposal would “transfer primary agency jurisdiction over cannabis regulation from the US Drug Enforcement Administration to the Food and Drug Administration, to the Alcohol and Tobacco Tax, and Trade Bureau in a manner similar to the ways in which these agencies already oversee alcohol and tobacco products” as reported by NORML. The proposed bill would excise a ten percent tax on recreational cannabis while leaving medical cannabis distribution as is. A ten percent tax may be welcomed by many; it gives a reason for folks to stay with their “underground” suppliers!

We all need to be aware there is no “they” in politics. Sometimes people we know and love may talk like “they are going to do what they are going to do.” The “they” respond to those that speak up and out and then organize action around their voices. Senators are seeking feedback on the bill through September first. You may provide public comments to Cannabis_Reform@finance.senate.gov. 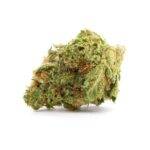 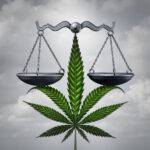