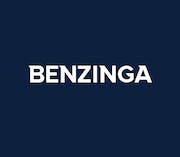 
The US Olympian’s lawyer said no honest judge would agree that the 9-year punishment fits the crime of possessing less than one gram of cannabis oil.

A Russian court upheld Brittney Griner’s sentence on drug smuggling charges, clearing the way for her to serve nine years in a penal colony unless the U.S. government can negotiate a deal for her release.

Contents
The US Olympian’s lawyer said no honest judge would agree that the 9-year punishment fits the crime of possessing less than one gram of cannabis oil.Griner again apologized for her mistakeThe state prosecutor claimed sentence was “fair”

Griner’s lawyers Maria Blagovolina and Alexander Boykov urged the three-judge panel in Moscow to acquit or at least reduce her nine-year sentence, which they said did not fit the offense of possessing and smuggling cannabis oil.

“No judge, hand on heart, will honestly say that Griner’s nine-year sentence is in line with Russian criminal law,” Boykov told the judges.

Griner, taking part via video link from a detention center just outside the capital, was permitted to make a final statement by live video link, reported Reuters.

She said how stressful her eight-month detention and two trials had been, adding: “I was barely over the significant amount [of cannabis oil] … People with more severe crimes have gotten less than what I was given.”

Griner again apologized for her mistake

During her original trial in August, saying “I did not intend to do this,” and asked the court to take into account the fact that she had pleaded guilty.

Wearing a black and red lumberjack shirt over a black hooded top, Griner alternately sat or stood in her cell, sometimes with her head lowered, sometimes leaning against the white bars.

Griner, a two-time Olympic gold medalist and center for the Phoenix Mercury pleaded guilty in August wherein she said she’d made an “honest mistake” and did not mean to break the law when she mistakenly failed to remove less than one gram of cannabis oil from her suitcase. Griner, a legal medical marijuana patient in the U.S., was returning to Moscow to finish off her 7th season with a Russian basketball team when she was detained at a Moscow airport just one week prior to Russia’s invasion of Ukraine.

American officials have accused Russia of using Griner and other Americans in Russian custody as bargaining chips. Washington has stated on various occasions that Griner was wrongfully detained though has apparently offered a swap involving her and former Marine Paul Whelan in exchange for the notorious Russian arms dealer, Viktor Bout, who is serving a 25-year prison sentence in the United States. Moscow has also indicated it is open to a prisoner swap. Despite the “pretty persistent” pace of discussions between the US and Russia to secure the Americans’ release, a U.S. official, reported CNN, said the Biden administration has yet to receive a serious counteroffer from the Russian side.

Recently an aide to Vladimir Putin said Brittney Griner is “not the main issue that we are concerned about.” Although Biden said two weeks ago that he would be willing to speak to Putin at next month’s Group of 20 meeting in Indonesia but only to discuss Griner’s case.

Benzinga’s mission is to connect the world with news, data, and education that makes the path to financial prosperity easier for everyone, every day. 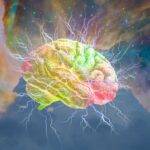