In May of 1948, the State of Israel was created, sparking the first Arab-Israeli War. The war ended in 1949 with Israel’s victory. This led to 750,000 Palestinians being displaced, and the territory was divided into three parts: the State of Israel, the West Bank (of the Jordan River), and the Gaza Strip. Due to the ongoing conflicts and unrest, the laws in the territories are not fair and equal for all.

Scientists from the Hebrew University of Jerusalem are credited with isolating tetrahydrocannabinol (THC) and the endocannabinoids 2-AG and anandamide. This has given Israel a well-earned reputation as a global leader in cannabis research.

Medical marijuana was formally legalized in 1999 in Israel but remains illegal in Palestine. In 2020, the number of registered patients reached over 70,000. Israel surpassed Germany as the world’s largest importer of medical cannabis flower. In July 2021, Israeli lawmakers rejected a bill decriminalizing recreational marijuana use.

The disparity in treatment for Palestinians and Israelis regarding cannabis constitutes a facet of this system that might be called “weed apartheid.” The overlap of different jurisdictions and authorities leads to unequal treatment and justice for those breaking cannabis laws. Omar Shakir, Human Rights Watch’s Israel and Palestine director, stated:

Aside from legal repercussions, the inequalities between growers, producers, and sellers are huge between Israeli and Palestinians. Israeli cannabis growers take advantage of the West Bank’s dual regime and only the Palestinians pay. For many years, Israel has been restricting water from Palestine. This makes a successful cultivation grow for Palestines unlikely. 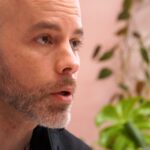 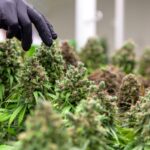