The pressure is mounting for Joe Biden and his fellow Democrats to release cannabis prisoners before the midterm elections. During a recent conversation with young voters, he said he kept his promise. Will he stay true to his word, or is it a ploy to keep voters on his side?

In February 2021, the U.S. president announced that his administration was putting cannabis legalization at the forefront of its plans. His efforts to sway pro-cannabis voters were further reinforced earlier this month when he issued a three-prong plan excusing everyone convicted in federal or Washington, D.C. courts of simple cannabis possession.

Although Biden possesses the power to commute or pardon prisoners in the federal prison system, he does not wield the forces to pardon prisoners stuck behind bars in state prisons. He also swore to ask his Secretary of Health and Human Services to explore the rescheduling of cannabis under the Controlled Substances Act (CSA), but little has been done on his part.

An analysis published by the American Civil Liberties Union (ACLU) indicates that cannabis arrests account for over 50% of all drug-related arrests in the U.S. Although usage rates are fairly equal among Caucasians and people of color, Black people are 3.7 times more likely to be detained for cannabis crimes than white people.

Someone with as much power as Biden doesn’t require a Crime Bill or a vote in Congress to legalize cannabis at the federal level. An inked decree is the only requirement, so how relevant is his promise? In response to his pleas, many cannabis advocates noted that the plan would have a minute impact on the current situation.

Currently, no one is imprisoned in federal facilities on marijuana possession charges. Moreover, it’s unlikely that the plan will have a significant influence on those who have any state or federal conviction. Rather, a mere 6,500 people may have their cannabis-related convictions excused—a poor effort from someone who could do big things regarding cannabis reform.

Rescheduling could prompt some promising changes in regard to how the Schedule I plant is treated. However, since Schedule II drugs like cocaine and methamphetamine are still heavily criminalized, more needs to be done to encourage the wide-ranging use of commutations and large-scale pardons.

In an attempt to pick up the speed from Biden’s slow-motion efforts, House and Senate Democrats are actively exploring alternative legislative solutions. Extra attention is being funneled into potential pathways that could effectively resolve America’s messy cannabis policies, with the revamped Cannabis Administration and Opportunity Act (CAOA) recently being introduced by Sens. Schumer, Booker, and Wyden.

Sen. Schumer is not ignorant of the obstacles that must be overcome for cannabis policy reform, and he is aware of the fact that he must push for a solution before the midterm elections commence. With this in mind, Schumer and colleagues from Smart Approaches To Marijuana (SAM) recently encouraged Biden to simplify the pardon process by rescheduling cannabis from the CSA.

“Cannabis legalization has proven immensely successful at the state level, so it is time that Congress catches up with the rest of the country,” Schumer told reporters, adding, “I am proud to be the first Majority Leader ever to say that it is time to end the federal prohibition on cannabis, and this bill provides the best framework for updating our cannabis laws and reversing decades of harm inflicted by the war on drugs.”

Biden’s Cannabis Campaign Pledge Has Not Been Acted Upon

Although Biden has granted amnesty to 78 people, a mere nine of them were serving cannabis sentences. Thousands of people remain in federal prisons for minor cannabis offenses, and voters have been left feeling disheartened. The U.S. president vowed to clear cannabis-related records and impose large-scale pardons as part of his campaign, but it seems he may have just been trying to rub up voters the right way.

The president’s standoffish attitude towards the liberty of America’s cannabis-clamped prisoners is a stark contrast to his efforts to present WNBA player Brittney Griner with an opportunity to be selected for a prisoner swap. Although she pled guilty to hashish-oil-related charges in Russia, the president claims that she has been wrongfully detained.

Biden also sat back instead of instructing states to implement Medicaid Expansion, not to mention the fact that he could have rescinded the AEDPA or the PLR, as well as utilized his clemency powers to enforce legislative changes. Moreover, he failed to request revisions to the federal code that eradicated qualified immunity for police or command state legislatures to pass such bills.

Taking all of these missed opportunities into account, it’s hard to believe that the Scranton, Pennsylvania native would change his lazy stance towards cannabis reform if he wins the November elections. Nonetheless, hope prevails for cannabis reform, with a new survey from Morning Consult and Politico revealing that 52% of Democratic voters say that cannabis legalization should be a top congressional priority.

If Republicans claim victory, there could be a better outlook for cannabis reform, with a 2021 Quinnipiac survey suggesting that 62% of the right-leaning party believes marijuana should be legalized across the U.S. 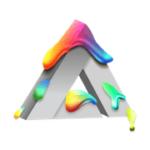