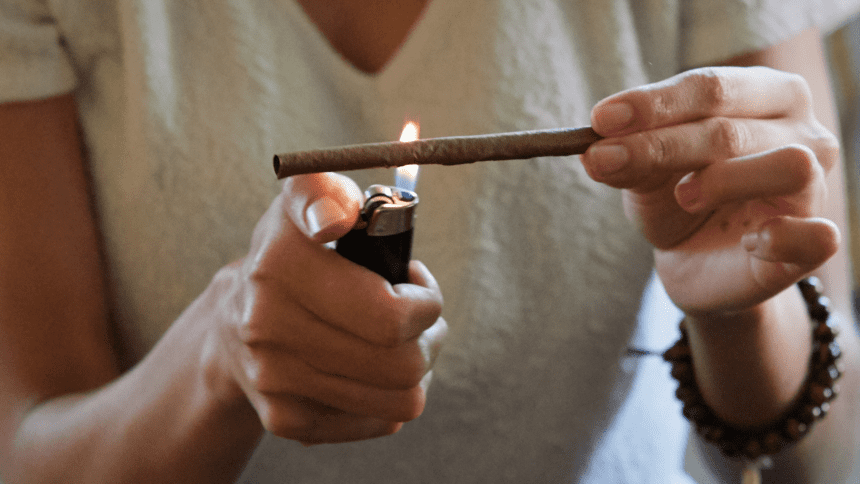 Have you been a victim of an attack of the wet blunt? You may not be entitled to compensation, because it’s not a crime, but shouldn’t it be? The soggy rolling paper that feels like it’s going to give way at any moment. The fragile paper that kind of slumps in your hand when you pick it up. The weird ash that burns fast and slow at the same time. The wetness that attacks your mouth when you place it between your lips to puff, puff pass. To me, the wet blunt is one of the worst weed crimes out there.

I honestly live in fear of being the perpetrator of this pot faux pas. I have even had a nightmare where I was the one who rolled the blunt and passed it, only to have it fall apart. Scrambling to fix it, I licked it a little bit more and held it together and tried to pass it off as normal, only to have someone shout out something like “Hey, who rolled this blunt? They can’t do this anymore”. I’ve seen something like this happen in real life so maybe that’s why I dreamt it. The girl in real life who rolled the blunt wouldn’t admit that it had been her, and the whole thing just became a huge game of find the roller. She was eventually found out, and while she laughed it off in the moment, she ended up leaving less than an hour after the whole ordeal. Well that, dear people, is why I avoid rolling at parties, or any time, unless it’s going to just be me.

Now, I openly admit that I’m not the best blunt roller. However; everyone doesn’t have my level of self-awareness. This happened to me at a recent pool party I attended. It was a scene straight out of a movie. A group of good friends, loud music, and tons of food and drink flowing. There was twerking on the sidelines, card games, dancing, and a good game of pool volleyball going. Basically, it was a perfect scenario to light up and get faded. Now I will preface this by saying that I was with a semi-new group. We’ve hung out a few times over the summer. As everyone knows, anytime you smoke with someone new, there is always a risk that something could go wrong. They could have shit quality weed, or want to smoke up all of your shit, or they could suck at rolling. I think the worst of these is the wet blunt. Nothing worse than a wet blunt. We had smoked together before, but the wet blunt was never an issue before that day.

One of the girls volunteered to roll the blunt. Now I will admit that I didn’t pay close attention because I hadn’t supplied any of the product or the rolling papers. I wasn’t even sure I was going to be part of the smoke sesh, but if I had seen her actually roll, I would have passed on smoking at all. After a song or two, the group started to pass the blunt. It got to my friend on the left, and finally came to me. I pulled it to my lips, and instantly felt the wetness of the blunt on my lips and tongue. Thank God no one was looking because I know my face must have given away my disgust. I puffed twice, and awkwardly passed twice. No one else seemed bothered by it and when it came around again I passed. Well, I got up to get a hot dog and some potato salad because I didn’t want to be rude. The girl who rolled it ended up being the one who smoked most of it. So maybe that was her diabolical plan all along, to gross everyone else out so she could have the blunt all to herself. Now that I think about it, how diabolical.

Maybe I should start doing this in social situations, too. Bring my choice weed from Select, then roll it in a shitty way so no one else wants it. That way, they’ll be too distracted to realize how amazing my stuff is. It’s the plan of an evil genius. Now all I need is the Pinky to my Brain, so I can sketch out my plan to take over the world! 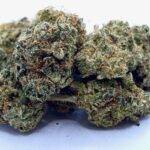 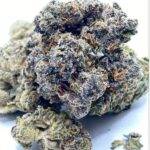